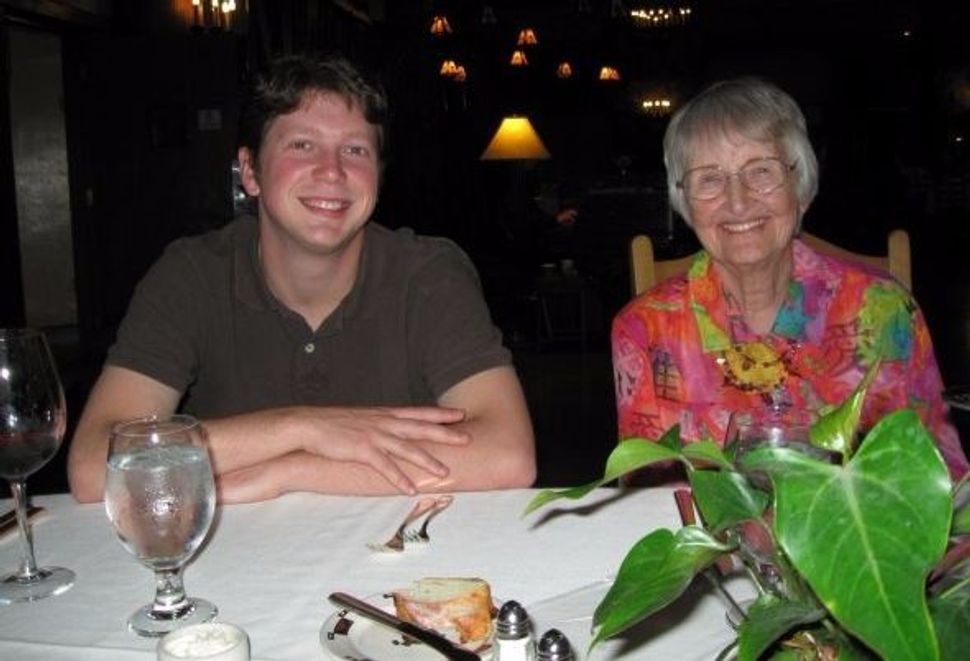 Frances Bertetta, a 98-year-old woman from the San Francisco area, proved that it’s never too late to find your spiritual home — and a little luck doesn’t hurt.

Bertetta originally fell in love with Judaism more than 70 years ago, when she attended the bar mitzvah of a friend’s son.

Her love of Judaism was reignited three years ago when she won tickets to High Holiday services at a San Francisco synagogue through a raffle at the JCC. After that, she just kept going back, and began the journey to becoming a Jew.

“I never forgot that little boy reciting his Hebrew,” she told the Jewish News of Northern California. “The Catholic Church is very cold and you don’t question anything. We kids were scared to death of the priests and nuns. The rabbi was walking around and talking to everybody.”

Though she’s officially converted, she still learns as much as she can about Jewish tradition and history.

“Everything is interesting. I just love it all,” Bertetta said. “The more I learn, the more I love it. The hardest thing is learning Hebrew. Talking to the rabbis and the cantor and my mentor was really great. I love the discussions. With Jews there’s always discussion.”