Board Wants Fire-Ravaged Lower East Side Shul To Be Demolished 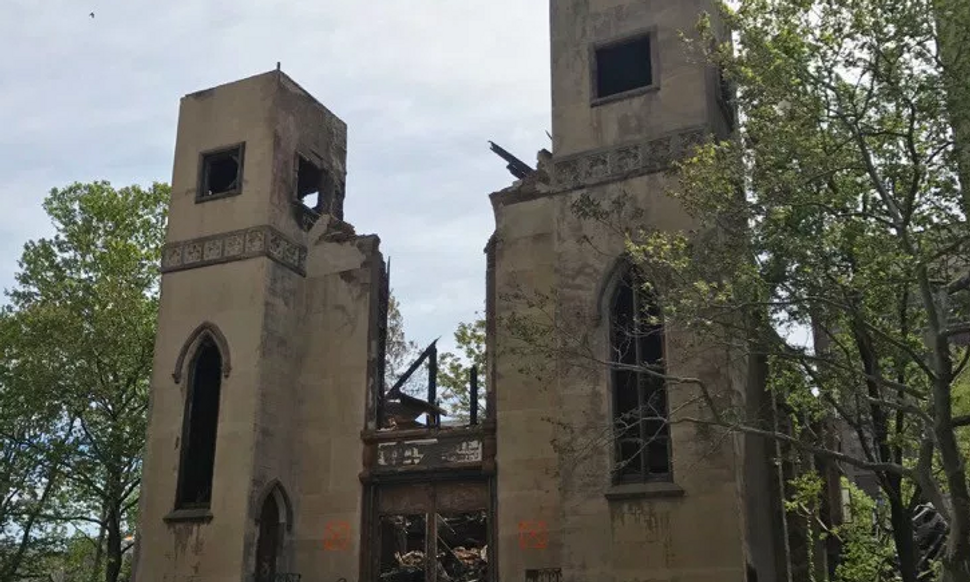 NEW YORK (JTA) — A historic synagogue on Manhattan’s Lower East Side ravaged by a fire last month may soon be demolished.

NY 1 reported that the local community board approved a proposal to tear down the Beth Hamedrash Hagadol synagogue on Norfolk Street.

The committee urged the synagogue’s owners to determine whether pieces of the building can be preserved in either a partial or full demolition.

A 14-year-old boy has been charged with arson in connection with the fire.

The fire burned for several hours and took at least two hours for firefighters to bring under control. The building was empty at the time; two firefighters were injured putting out the blaze.

Built in 1850 as a Baptist church, the building was purchased in 1885 to become the first Eastern European congregation founded in New York City and served Russian Jews. The congregation closed the synagogue in 2007 after determining it did not have the $3 million to $4 million needed for repairs. In 1967, the building was declared a city landmark, and in 2003 it was designated an endangered historic site.

Board Wants Fire-Ravaged Lower East Side Shul To Be Demolished