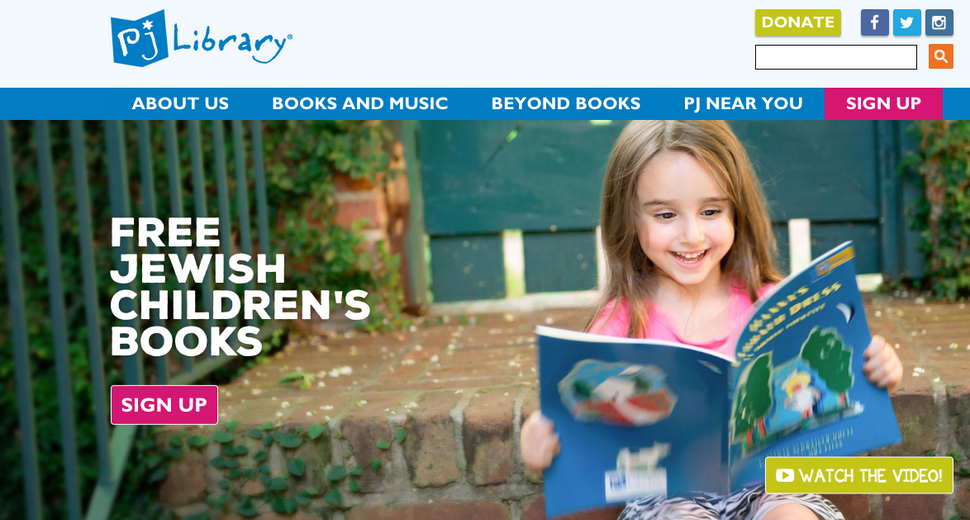 (JTA) — Families that receive free Jewish children’s books from the Massachusetts-based PJ Library say the program has helped them feel more connected to their Jewish communities, with interfaith families especially saying it has spurred them to celebrate Jewish holidays and Shabbat and to learn more about Judaism, a new study found.

The study, released Tuesday by PJ Library and the Harold Grinspoon Foundation, found that 69 percent of participating families say the program has helped them feel more connected to their Jewish communities, whether by attending programs run by PJ library itself or activities run by local Jewish institutions.

Respondents also say the program helps them feel “more knowledgeable and confident” about how to engage in Jewish traditions with their children (83 percent), and 91 percent say the program is a valuable parenting tool.

The program, launched in 2005 by the Grinspoon Foundation, now sends one book a month and occasional music CDs to 170,000 children ages 6 months to 8 years among 125,000 families in the United States and Canada.