Sheldon Adelson Is ‘Disappointed And Angry’ At Netanyahu 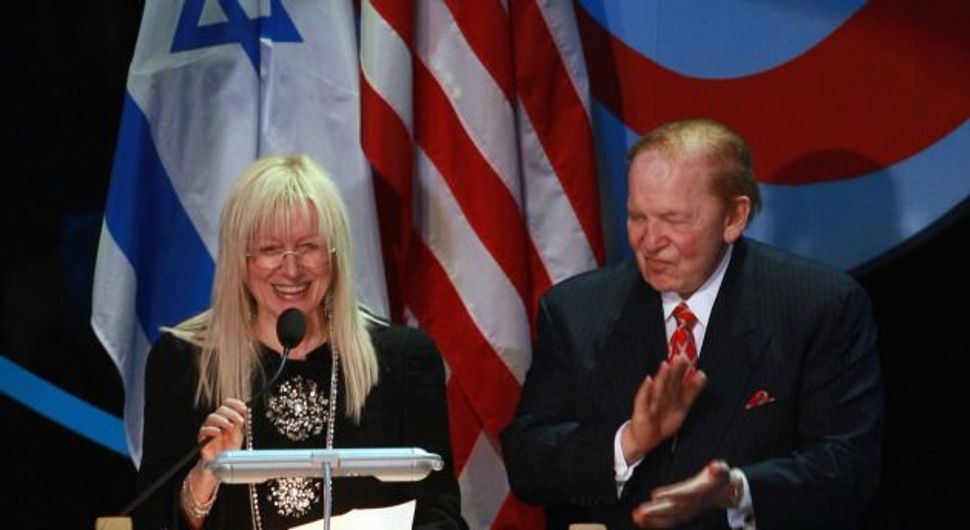 Republican mega-donor Sheldon Adelson and his wife Miriam spent hours Monday at an Israeli police facility, answering questions in a corruption investigation involving prime minister Benjamin Netanyahu. Inside the room, according to Israel’s Channel 2 TV, Adelson had some harsh words about his friend and protege Netanyahu.

The Las Vegas casino magnate said he was “surprised, disappointed and angered” to learn that Netanyahu reached out, behind his back, to Noni Mozes, the publisher of Israel’s leading daily Yedioth Ahronot and Adelson’s major rival. According to leaked recordings from the conversations, Netanyahu offered to curb the circulation of Adelson’s newspaper, Israel Hayom, in return for favorable coverage in Yedioth Ahronot.

Sheldon and Miriam Adelson are not suspects in the investigation but Israeli police hopes they can help shed light on the case, which could lead to an indictment against the prime minister.

Relations between Adelson and Netanyahu have been rocky ever since news broke of the prime minister’s talks with Mozes. According to reports, Adelson is now leaning in favor of Naftali Bennett, the leader of a right-wing party which is part of Netanyahu’s coalition.

Sheldon Adelson Is ‘Disappointed And Angry’ At Netanyahu