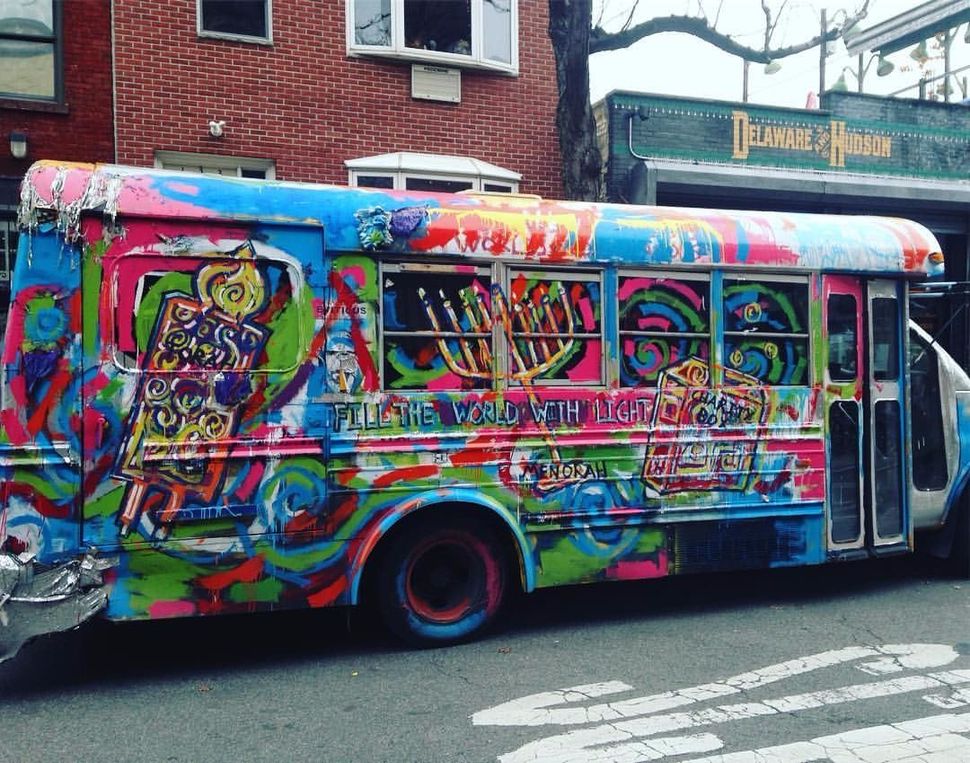 Police have determined that the fire that ripped through a colorful converted school bus in Crown Heights over the weekend was an act of arson — and are investigating it as a hate crime.

“It has been determined that the fire was intentionally set,” a police statement read, calling the vehicle a “Jewish bus” decorated in “Jewish art.”

The bus was parked near the intersection of Maple Street and Troy Ave., on the edge of Crown Heights. Local artist Lev Scheiber used the bus as both a studio and gallery for his paintings and the vehicle is a familiar sight at community festivals.

Last spring, an Orthodox school bus was set on fire in Williamsburg by four boys, aged 11 to 14. One of the boys was charged with a hate crime, while the other three faced the lesser charges of arson and criminal mischief.

Scheiber’s bus was also vandalized last summer, after the tires on his vehicle were slashed.