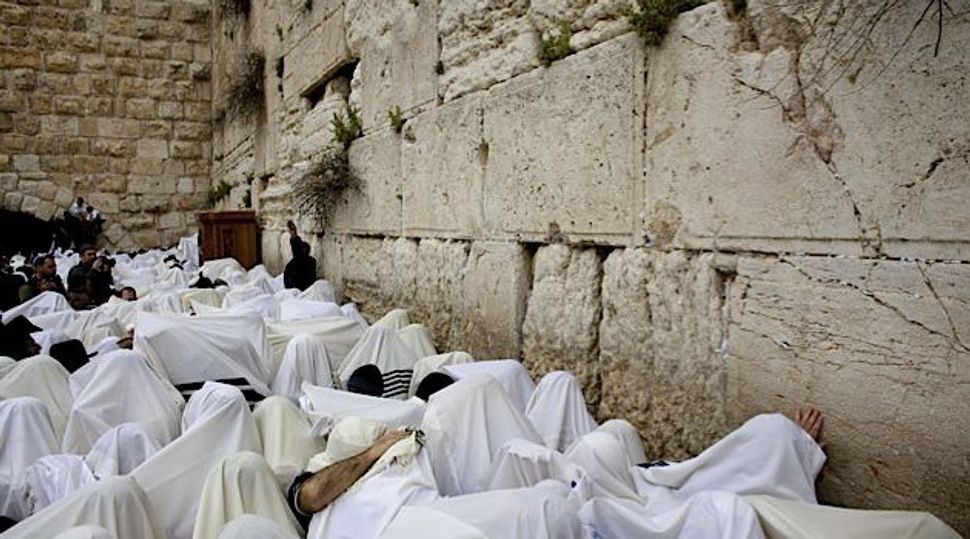 JERUSALEM (JTA) — An erosion of American Jewish support for Israel could result from the freezing of the Western Wall agreement, an influential Jewish umbrella group said in a letter to Israeli Prime Minister Benjamin Netanyahu.

“It is imperative that the government move expeditiously to address this matter and come up with a resolution that is equitable to all, as you sought to do in the agreement that was reached before,” read the letter sent Wednesday by the Conference of Presidents of Major American Jewish Organizations, which represents more than 50 national Jewish groups.

“Given all the challenges facing Israel and American Jewry, this is a time when achdut, unity, is more important than ever. A lack of unity could lead to an erosion of support, which has been identified by Israel’s National Security Council as a vital security asset for Israel.”

Stephen Greenberg and Malcolm Hoenlein, the chairman and executive vice chairman, respectively, of the Presidents Conference, signed the letter.

The freezing of the agreement “has evoked very strong feelings as it touched on deeply sensitive issues that are both personal and communal,” according to the letter. It also said that different points of view on the issue “can and must be brought into harmony to enable a way forward without intimidation, threats, or feelings of exclusion.”