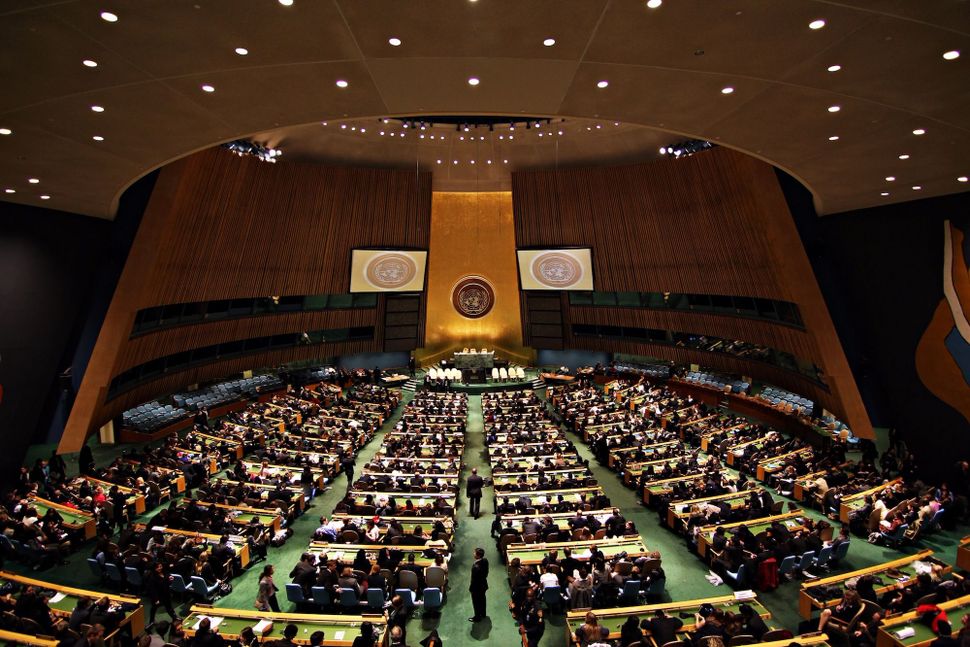 (JTA) — The World Jewish Congress protested a United Nations forum on the Palestinians, describing it as “anti-Israel.”

“This week, a United Nations body will once again vilify the State of Israel,” the group said Thursday, the first day of a two-day forum at the U.N. headquarters in New York titled “Ending the Occupation.”

The forum, which is being spearheaded by the U.N. Committee on the Exercise of the Inalienable Rights of the Palestinian People, will include discussions on independence, peace, human rights and development.

In a statement, the group claimed that the committee “embodies the institutional bias that has taken hold in the UN, an international body already so antagonistic toward Israel.” Its main concerns, according to the news release, are the delegitimization of Israel and the absence of open, face-to-face negotiations. The WJC has asked that the United Nations dissolve the committee, which was launched in 1975.

On Thursday, the WJC placed an empty table decorated with Palestinian and Israeli flags across from U.N. headquarters to symbolize that “the appropriate forum for the peace process is at the negotiations table.”