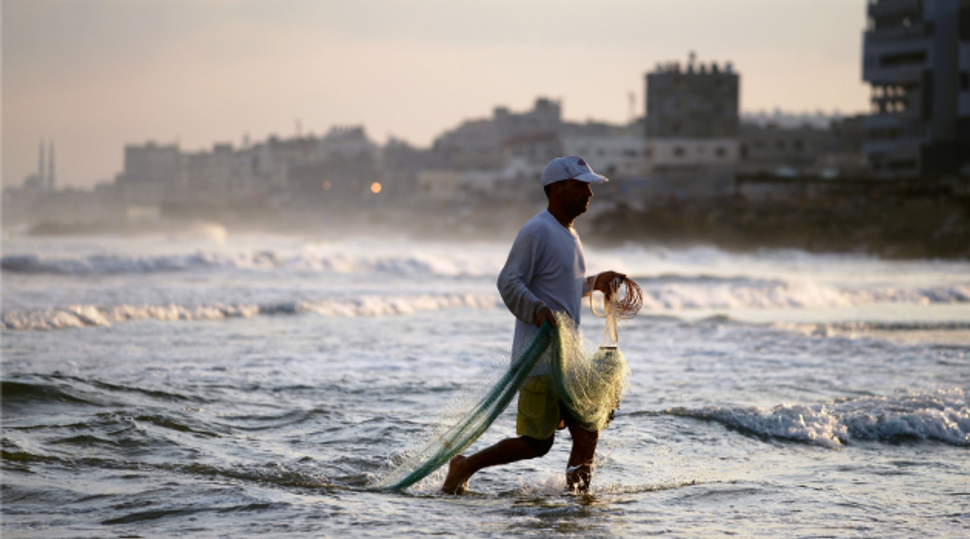 (JTA) — The Israeli human rights group B’Tselem has released footage of what it said was the unlawful slaying of a Palestinian fishermen by Israeli troops last month.

The video, published Thursday on the online edition of the Haaretz daily and filmed on May 15 off the coast of Gaza, shows a fishing boat with three men on it sailing fast while it is flanked by an Israeli navy vessel. The fishing boat loses speed and one of the men signals to the Israeli navy boat to stop.

The navy boat approaches the fishing boat, where B’Tselem says 25-year-old Mohammed Baqer was lying severely wounded from live rounds of ammunition shot at the fishing boat by the navy vessel during the chase. He was taken to an Israeli hospital where he died shortly after the incident, according to Haaretz.

B’Tselem in a statement about the incident wrote that the fishing boat had attempted to escape the navy boat but that it was within the 3-mile parameter around Gaza where fishing in allowed. The Gaza Strip, which is run by the Hamas terrorist group, is under an Israeli and Egyptian blockade.

The B’Tselem statement offers conflicting information on when the shots were fired, stating in one section that the fishermen “ began escaping after the navy vessel opened fire on them,” but that “the soldiers on the boat shoted for the fishermen to halt and fired in their direction.”