Reform Leader: ‘Be Strategic’ With Donations To Israel After Western Wall Debacle 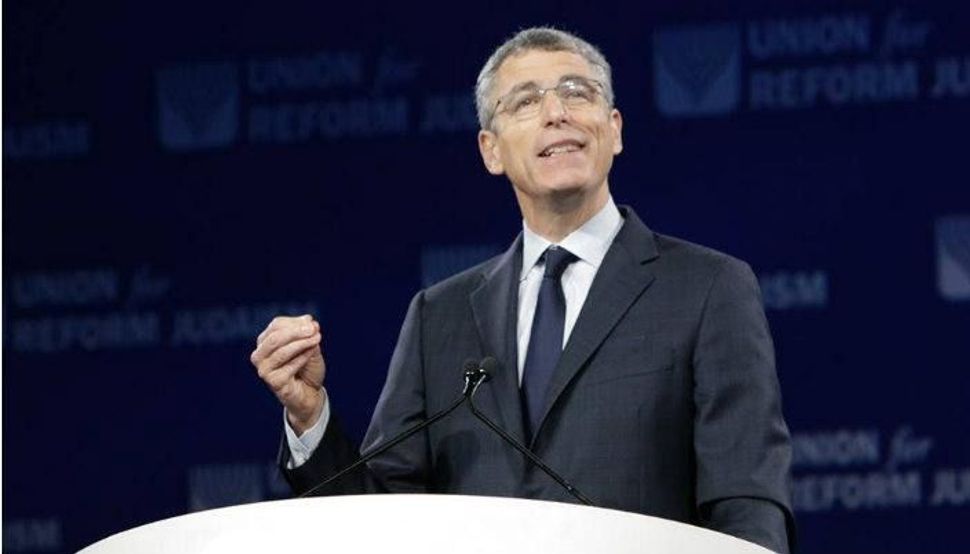 Rabbi Rick Jacobs, the head of the Union for Reform Judaism, suggested American Jews should use donations to Israel to push for the rights of all denominations in an interview with Times of Israel.

“It’s a moment to be smart and strategic about all the money we give to Israel, and to contribute to things that align with our values [and] encourage the seeds of pluralism,” said Jacobs.

“The government of Israel has to answer for our feeling of being pushed away,” he added.

Jacobs slammed Israel’s government for walking away from a deal to expand egalitarian prayer at the Western Wall. He also blasted a bill that would pull government recognition of all non-Orthodox conversions in Israel, although that shift was put on hold for six months.

Jacobs canceled a planned dinner with Prime Minister Benjamin Netanyahu in protest of the recent legislation.

He now appears to be raising the ante in their feud with the veiled threat to divert financial support.

“Jewish unity is not Jewish unanimity,” he said. “We’re not all the same, but we’re all created in the image of God and we’re all part of the Jewish people.”

Reform Leader: ‘Be Strategic’ With Donations To Israel After Western Wall Debacle