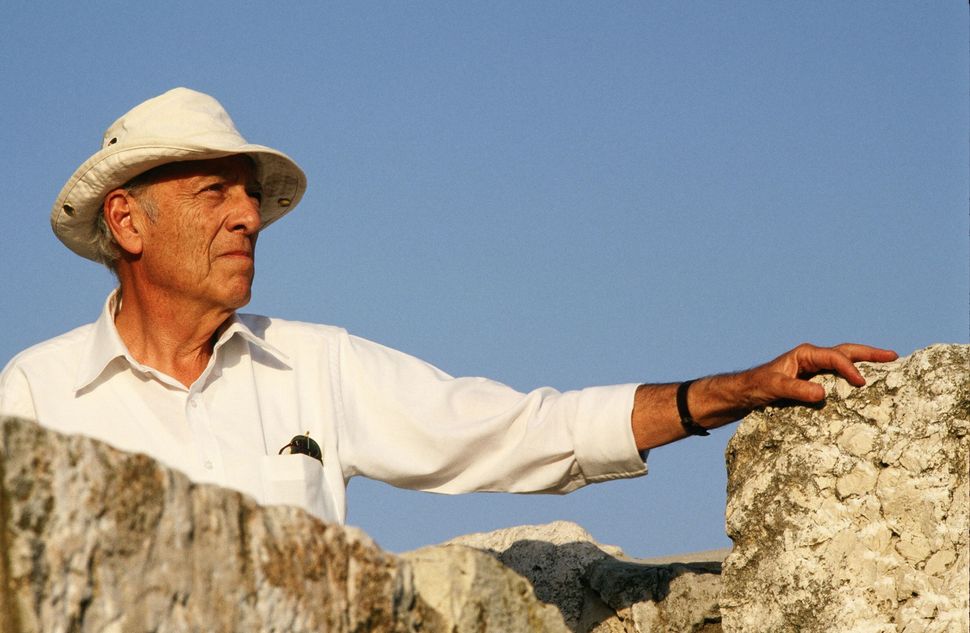 Herman Wouk in Israel in 1987, shooting ‘War And Remembrance.’ Image by Getty

For Herman Wouk, who turned 102 in May, the “main task” of his life has been using his novels to teach readers about history.

“To, so far as I could, fix down in literature what happened in World War II and the Holocaust,” he told CBS Sunday Morning. “That was my main task.”

Wouk, who was born in the Bronx, got his start as a comedy writer. He credits his Navy service with transforming his writing style and interests. His 1951 Pulitzer Prize-winning “The Caine Mutiny” grew out of his experiences as a Navy officer.

One of Wouk’s most famous novels, “War and Remembrance,” the centerpiece of a trilogy about World War II, was set partially in Auschwitz. The TV miniseries based on the novel, which Wouk also wrote, was shot on location at Auschwitz-Birkenau — the first commercial movie to film there.

Wouk, who published his latest novel in 2012, still writes in his diary every day.