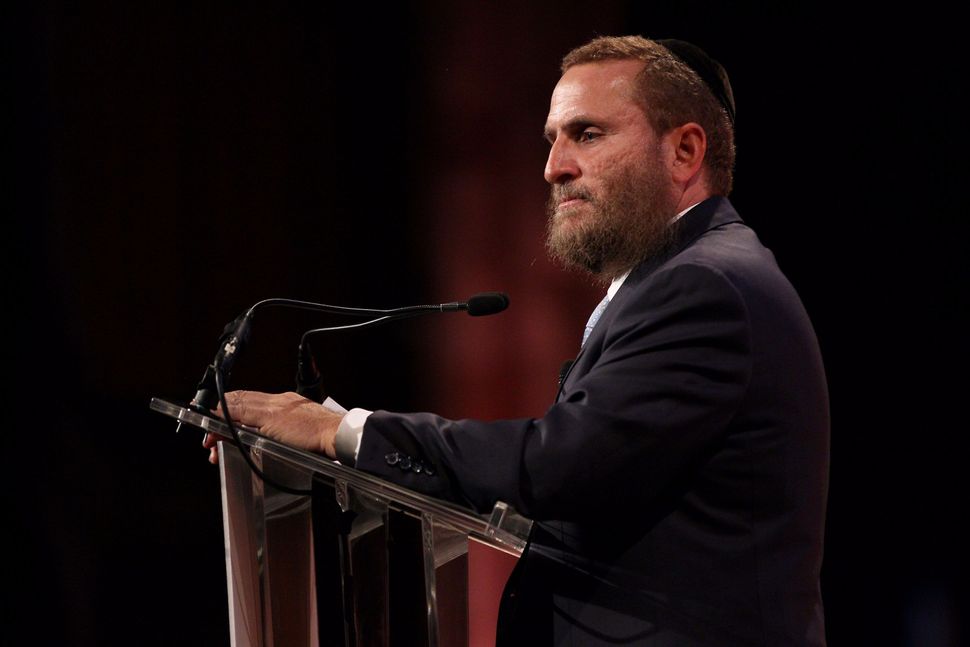 Rabbi Shmuley Boteach, who defended Trump’s decision not to visit the monument to the Warsaw ghetto uprising. Image by Getty

Rabbi Shmuley Boteach is defending President Trump’s decision not to visit the monument to the Warsaw Ghetto Uprising during his sojourn to Poland.

Boteach, who has been a vocal defender of President Trump in recent months, responded in a statement to Poland’s Chief rabbi, Michael Schudrich, after Schudrich criticized Trump’s decision to skip the monument.

“He is absolutely correct that it would have been appropriate for President Trump to visit the Warsaw Ghetto Uprising Memorial,” Boteach said of Schudrich. “But the absence of gestures should never be allowed to undermine strong and courageous action.”

“So, while President Trump should also be attending the Warsaw Ghetto Memorial today, we should remember that gestures, while extremely important, do not replace grand action,” Boteach added, ticking off supposed achievements of Trump’s rocky presidency.

Ivanka Trump visited the monument with Schudrich, who called her visit “very, very important… not only because she’s a Jew, because her grandparents-in-law are survivors of the Holocaust, but also as a human being it’s important.”