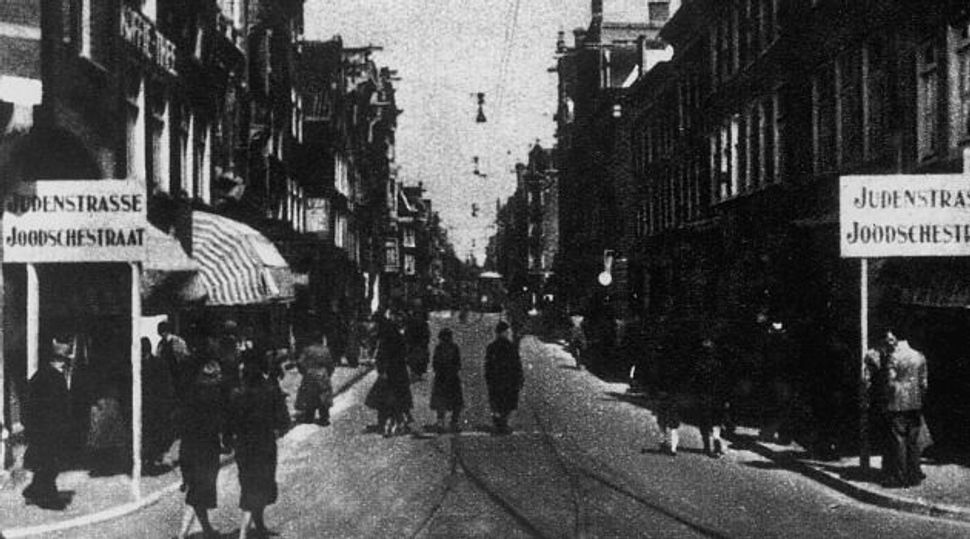 AMSTERDAM (JTA) — A municipal hall bearing the name of a former city official who helped deport Jews to their deaths will be renamed, the mayor of the Dutch capital said.

Mayor Eberhard van der Laan’s decision this week about the conference hall named after Piet Mijksenaar followed a call last year by the Center for Information and Documentation on Israel, or CIDI, to scrap the honor that the city had conferred on Mijksenaar more than 30 years ago.

An internal probe into the actions of Mijksenaar, a senior city official during the Nazi occupation of the Netherlands, showed that he had “devised a smarter, faster way of declaring assets seized by the confiscation bank Lippmann & Rosenthal,” van der Laan wrote in a reply to a query by council members seeking an update on the probe. Lippmann & Rosenthal was a Jewish-owned bank that the Nazis tasked with carrying out the theft of property owned by Jews.

The demand by CIDI, a watchdog on anti-Semitism, that the city rename the conference hall followed the publication last month of a historian’s book about the Asterdorp Ghetto in Amsterdam’s north, which detailed Mijksenaar “enthusiastic help with the deportation of Jews, and that he strived to make this process rapid and efficient,” as CIDI described it in a statement.