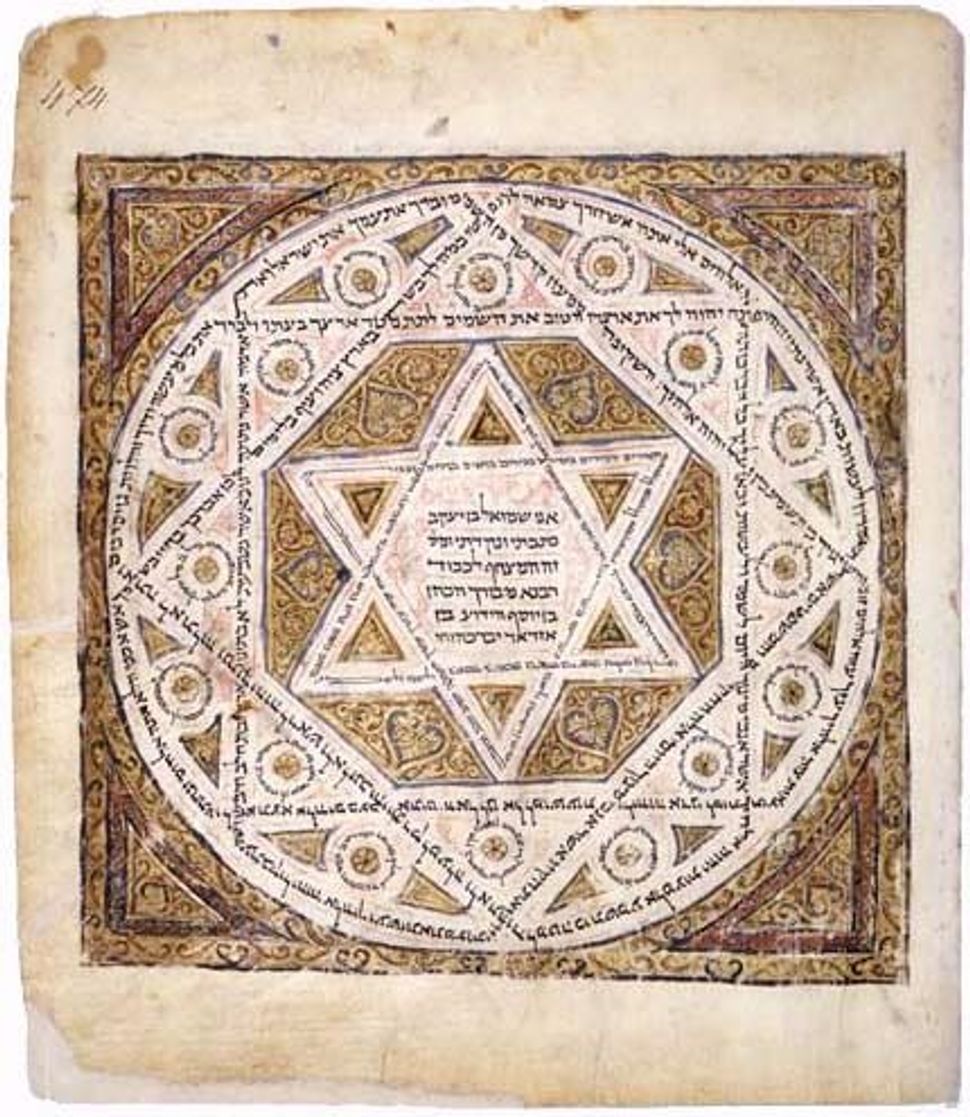 The cover page of the Leningrad Codex, an important 11th century copy of the Torah. Image by Wikimedia

Researchers from Cambridge have identified the author of an 10th century collection of biblical scriptures: Samuel ben Jacob, the same scribe who penned the Leningrad Codex. The Codex is the main Hebrew copy of the bible on which most modern translations are based.

The manuscript contains sections from Prophets, Judges and Kings, and was likely written around the year 975, researchers concluded. They used digital images of the manuscript, which is kept in the Russian National Library, to find “little flourishes and little symbols, jots and tittles on the manuscript” that mirrored those in the Leningrad Codex.

Researchers are not sure if the discovery will entail any changes to modern translations. Professor Gary Rendsburg, Laurie Chair in Jewish History at Rutgers University, said the differences may be as small as replacing “hair” with “hairs.”

“These scribes are like our heroes who have given us these texts,” Professor Rendsburg told Religion News Service. “Because they wrote with such devotion, such dedication and such accuracy. … For me, the excitement is to bring to life this person about whom we just knew a name, essentially.”