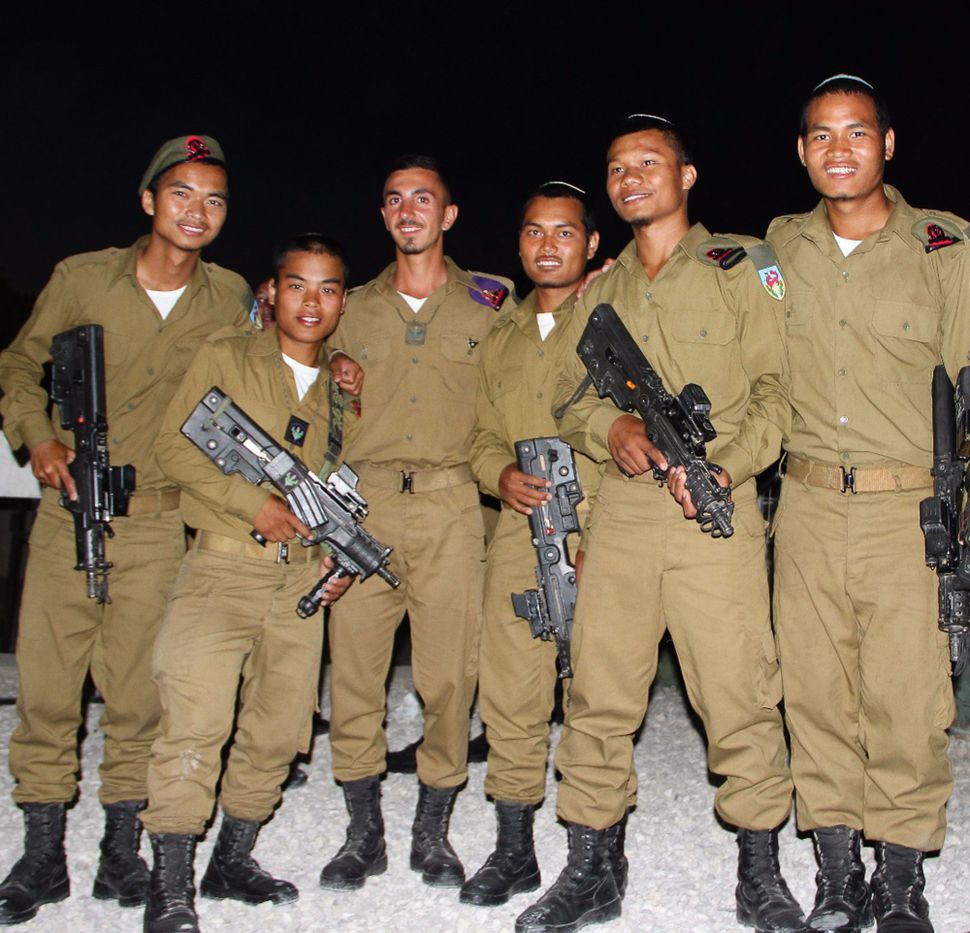 Six soldiers in the IDF from India who claim to be descended from the Tribe of Menashe. Image by Shavei Israel

Six soldiers from the “Bnei Menashe” community in northeastern India have joined an Israeli army unit together. They were inducted into the IDF in a ceremony this month. The “Bnei Menashe” community, which has a population of 10,000 worldwide, claims to be directly descended from the “lost tribe” of Menashe, one of the original 12 tribes of Israel.

The “Bnei Menashe” claim that they are one of the ten tribes of Israel that were exiled after the Assyrian conquest of Israel in the 7th century BCE. Genetic testing has not confirmed that “Bnei Menashe” have Middle Eastern ancestry.

There are 3,000 “Bnei Menashe” who live in Israel. Haaretz reported that many struggle with employment, as they do not speak Hebrew well.