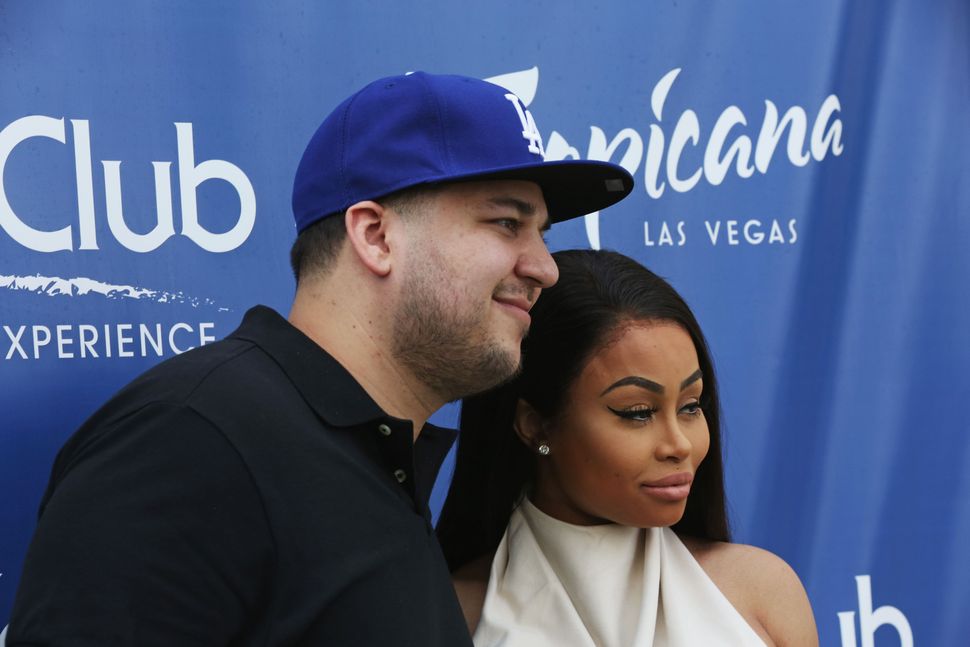 Two of the most famous Jewish lawyers of our time will be facing off in court over the ashes of Rob Kardashian and Blac Chyna’s once burning love.

TMZ reports that Kardashian has hired former OJ Simpson lawyer and Robert Kardashian Sr.’s former partner, Robert Shapiro, to fight for temporary legal custody of the former couple’s child, Dream. Meanwhile, Blac Chyna has procured the services of Lisa Bloom, best known for her work on behalf of famous women everywhere and also for being Kathy Griffin’s number one fan.

Kardashian has come under fire recently for posting nude pictures of Blac Chyna without her consent during an explosive social media war last week. The reality star was reacting to what he said was a video Blac Chyna had sent him of her making out with another dude.

Blac Chyna made an appearance in a pre-taped interview on “Good Morning America” this morning with lawyer Lisa Bloom by her side.