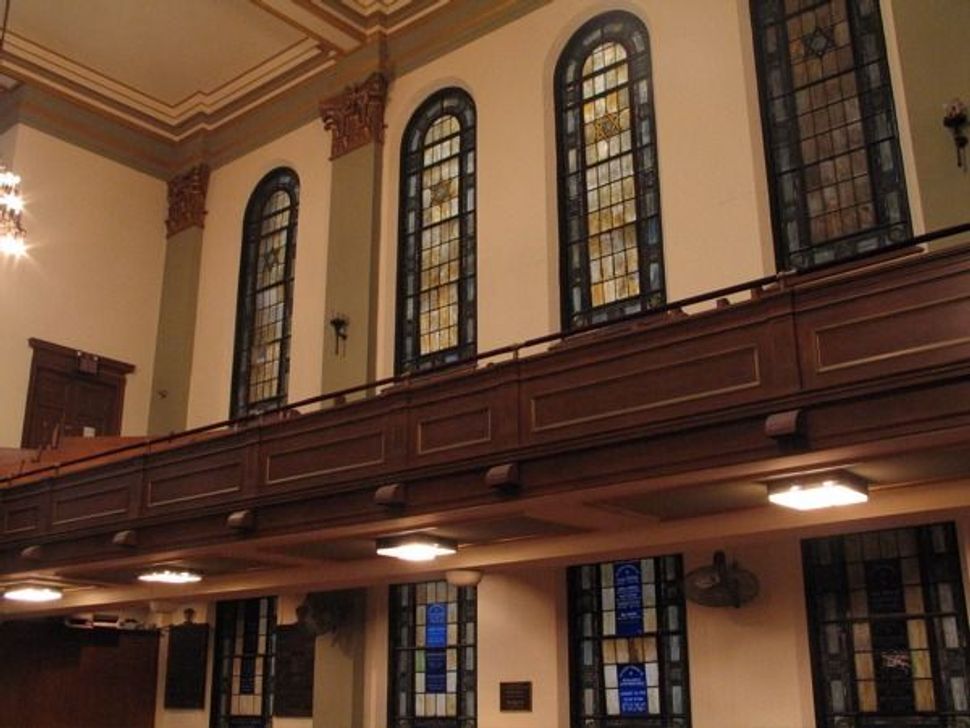 (JTA) — A historic 179-year-old Conservative synagogue in New York’s Upper West Side is moving forward with plans to house a 14-story apartment building.

The proposed project for the Shaare Zedek synagogue on West 93rd Street includes 20 condominiums, with a community center for the synagogue in the building’s first three floors, The Real Deal, a website focusing on New York real estate news, reported last week.

Some community members, concerned about issues such as increased traffic in the area, had asked the city’s Landmarks Preservation Commission to consider naming the synagogue’s building a city landmark, but the commission issued a decision in October that the building didn’t “rise to the level of an individual landmark,” The Real Deal reported.

Synagogue president Michael Firestone said in September during a community board member meeting that the congregation could not remain solvent without partnering with a developer, as several New York synagogues have done in recent years, The Real Deal reported, citing DNAinfo.

The synagogue, the third oldest in New York City, was established in 1837 by Polish immigrants.