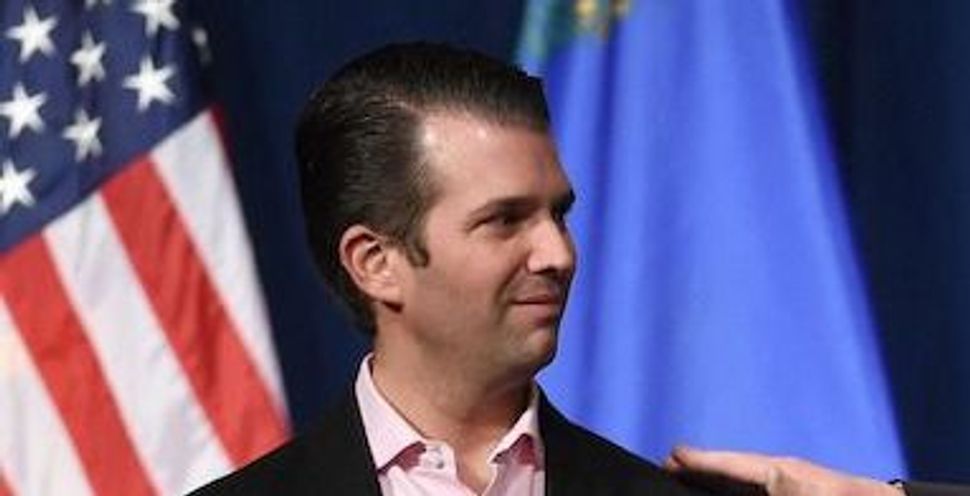 Donald Trump Jr. has hired New York-based attorney Alan Futerfas to represent him in investigations about Russia-related contacts and election meddling, Reuters reported Monday. The news came a day after The New York Times reported that Trump Jr. met with a Russian lawyer who had connections to the country’s government during the 2016 campaign after being promised he would receive compromising information about his father’s Democratic opponent, Hillary Clinton.

Futerfas joins a team of Jewish lawyers who have worked for the Trump family, including Jason Greenblatt, who now serves as the president’s special envoy to the Middle East; David Friedman, who serves as ambassador to Israel; and Marc Kasowitz, who is defending the president in an investigation into his Russia ties.

Here’s what you need to know about Futerfas.

He has his own law firm in New York

Futerfas has over 25 years of experience in traditional criminal defense, white collar cases and financial fraud, including winning an appeal in front of the Supreme Court, according to his firm’s website. The New York Daily News puts it a little less delicately, writing that in addition to white collar defendants, Futerfas represents “mobsters.” Futerfas earned his law degree from Yeshiva University’s Cardozo School of Law in 1987.

He plays the bass trombone

Futerfas graduated from The Juilliard School in 1984 and plays the bass trombone in the prestigious Park Avenue Chamber Symphony, an amateur orchestra whose performances have been described as being on the level of a professional ensemble. The orchestra won the American Prize in Orchestral Performance three times from 2011 to 2013.

He is Jewishly involved

Futerfas has been involved in B’nai Jeshurun, an influential nondenominational synagogue in New York City, which listed him as a member in 2010. It is not clear if Futerfas is still involved with B’nai Jeshurun — another Upper West Side synagogue, the Jewish Center, which is modern Orthodox, listed him and his wife Bettina Schein as new members in 2015. Futerfas also served on the committee for a 2015 Hanukkah party organized by Chabad at Cardozo School of Law.

In 2016, Futerfas represented Nikita Kuzmin, a Russian man who created a computer malware that stole millions of dollars from bank accounts. Kuzmin was jailed for 37 months but Futerfas helped him avoid further imprisonment; instead he was ordered to pay close to $7 millions to the victims.