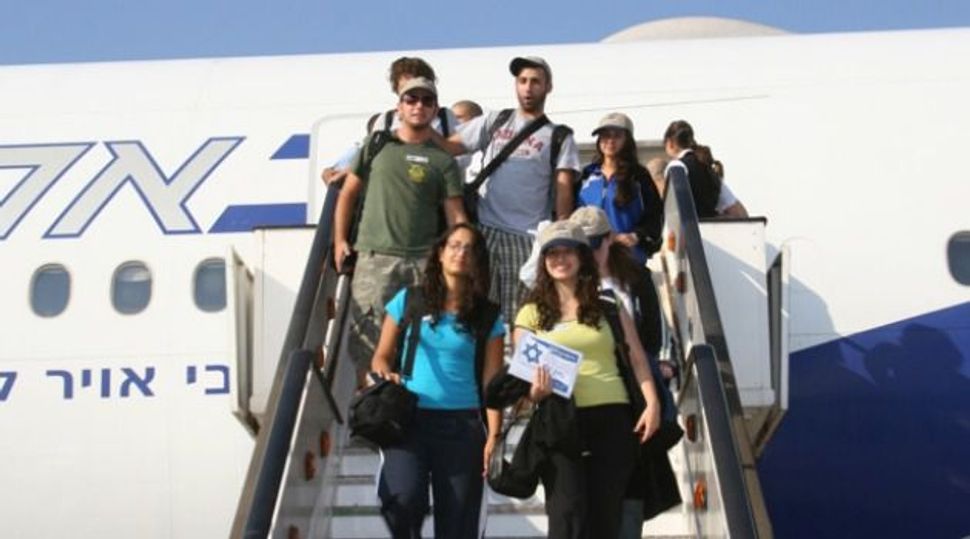 The flight organized by The Jewish Agency for Israel, the Ministry of Aliyah and Immigrant Absorption, and Keren Hayesod-UIA arrived in Israel on Monday.

Among the new immigrants to Israel were 74 children and teens. The youngest immigrant is two and a half months old and the oldest, 92, is making aliyah with his daughter and her husband.

The immigrants were greeted by Chairman of the Executive of The Jewish Agency for Israel Natan Sharansky, Minister of Aliyah and Immigrant Absorption Sofa Landver, former Chief Rabbi of Israel and current Chief Rabbi of Jerusalem Shlomo Amar, and Chairman of Keren Hayesod-UIA Eliezer Sandberg.

The French Jewish community is the largest in Europe and the second-largest in the world outside of Israel, numbering nearly half a million Jews, according to the Jewish Agency. French Jewish immigration to Israel has surged since the year 2012, breaking records for aliyah from France and from Western countries. Some 7,800 immigrants from France arrived in 2015, the most ever. Over 10% of the French Jewish community has immigrated to Israel since the year 2000, half in the past five years alone, according to the Jewish Agency.