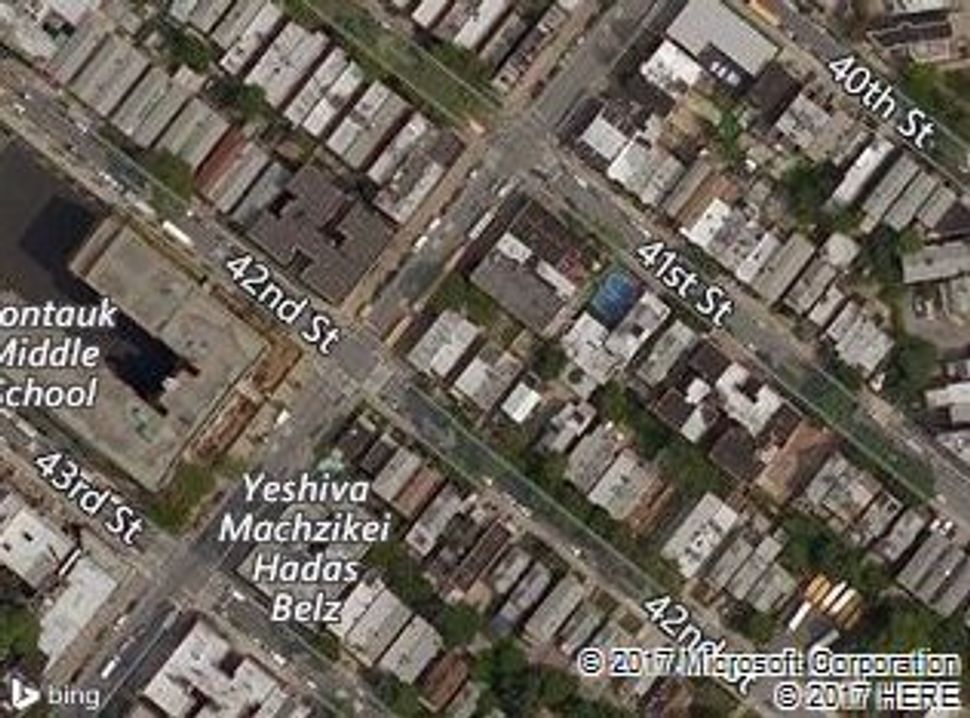 (JTA) — A haredi Orthodox worker at a yeshiva in Borough Park was nearly crushed by a 2,500-pound steel safe installed to protect Torah scrolls.

The worker at the Rabbinical College Yeshiva of Machzikai Hadas in Borough Park had just finished installing and cleaning the 8-foot-long, 3-foot-deep safe on Monday morning when it toppled over, the New York Post reported.

He curled himself up to the size of the safe’s opening, and avoided being crushed. He was trapped inside the safe, along with a large Torah scroll, for 45 minutes, until the New York Fire Department arrived to get him out, according to the newspaper.

He emerged bruised but smiling, in a rescue that was captured on video camera.