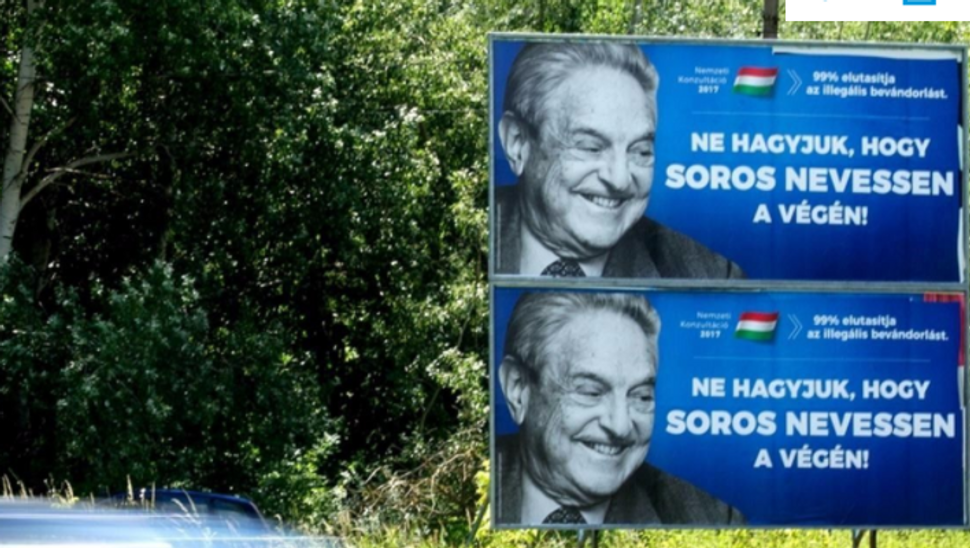 The report appeared Wednesday on the news website of the ATV television station, which is highly critical of the policies of Hungary’s right-wing prime minister, Viktor Orban.

The decision to take down the posters of Soros, a left-leaning Jewish philanthropist who is funding organizations devoted to helping immigrants from the Middle East in Hungary and elsewhere in Europe, was made in connection with the visit next week by Israeli Prime Minister Benjamin Netanyahu to Budapest, ATV reported.

“As part of the preparations, it was decided it was better if Netanyahu does not see any posters that violate the sensitivity of the Hungarian Jewish community,” the report said.

But a government spokesman on Wednesday told JTA that the six-week campaign, which began in May, is ending as scheduled, not being stopped ahead of time for Netanyahu’s visit or any other reason.

The campaign was “a success because it broke participation records and provided a very clear result: The Hungarians will not allow decisions that affect them to be made without them,” the spokesman wrote in an email. “We expect drawn out disputes on the issue.”