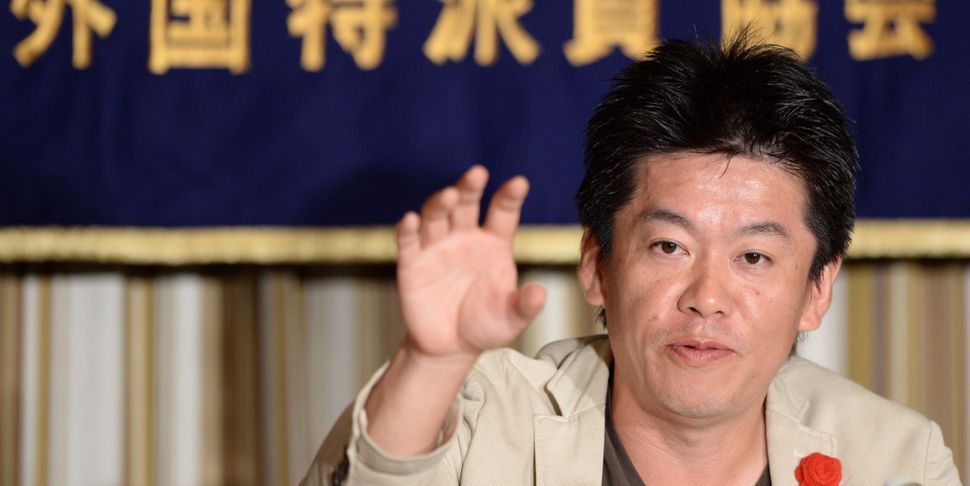 Japan’s public broadcaster NHK apologized after a guest wore a shirt that featured a cartoon of Adolf Hitler. The network was flooded with viewer complaints about the shirt worn by Japanese entrepreneur Takafumi Horie.

The shirt, worn on NHK’s “Afternoon Live” daily talk show, also had a “No war” message and a peace symbol on the cartoon Hitler’s chest.

Horie, who founded the web portal Livedoor, says that the shirt was meant as an anti-war message.

It’s not the first time Horie’s run afoul of popular sentiment. He was once scorned by the more conservative Japanese business community for his nonconformity. In 2007 he was sentenced to two years in prison for securities fraud.