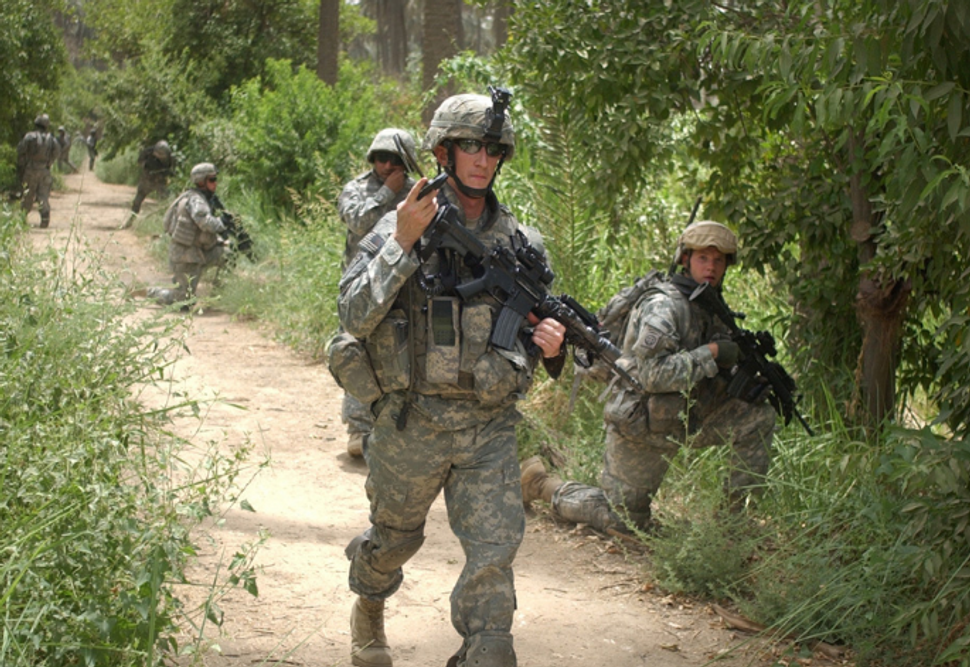 A leading group of American cantors is trying to honor American troops in a unique way: challenging its members and other Jewish musicians to come up with the best melody for a prayer for the country’s armed services.

This is an initiative of the JWB Jewish Chaplains Council, the American Jewish War Veterans and the American Conference of Cantors. The groups are sponsoring a contest for a “Song of Service,” based on a prayer for the armed services printed in the JWB’s siddur.

Entries will be screened by a joint group of cantors and chaplains from the Reform movement’s Central Conference of American Rabbis, the Conservative-affiliated Rabbinical Assembly and the Orthodox Rabbinical Council of America. The winner will see his or her prayer become available in movement synagogues.

For all those aspiring Shlomo Carlebachs and Yossele Rosenblatts, it’s time to get to work.