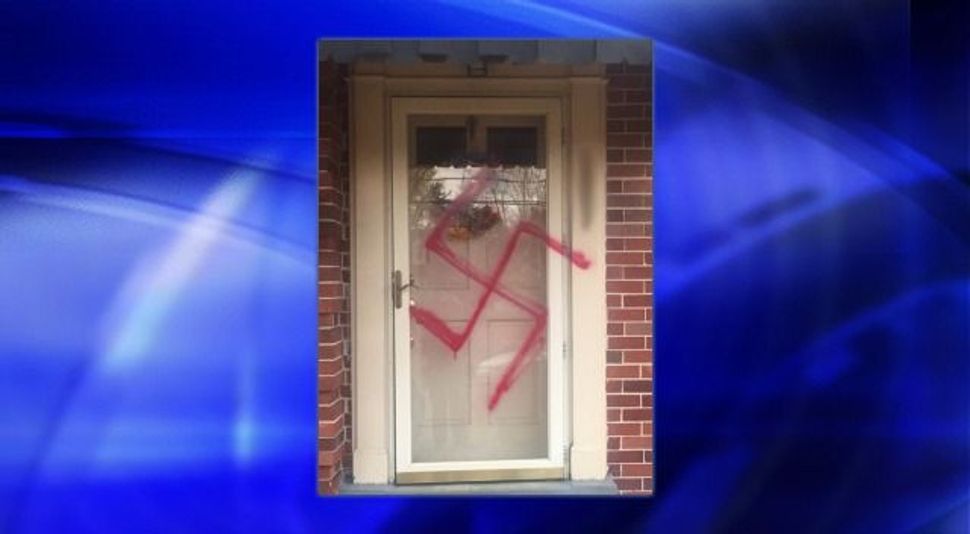 Reports of incidents involving hate symbols and slurs have more than tripled during the past school year in a suburban school system outside Washington — including vandalism with swastikas and graffiti saying “Heil Hitler.”

Since October, more than three dozen incidents have been reported by or linked to schools in Montgomery County, the Washington Post reported. More than 25 schools reported problems. Images of swastikas appeared on a laptop computer, a football field, desks, walls and mirrors.

“The swastika — a symbol of intolerance and hatred — has absolutely no place in our school,” Louise Worthington, the principal at Baker Middle School in Damascus, wrote to parents in one letter to local parents.

Police note that the broader surge could be attributed to an increase in awareness and reporting.

“Many people are calling us to report things they may not have in the past,” a county police spokesman told the Post.

Winston Churchill High School in Potomac stood out among the schools. At least five incidents were reported at the school, including a “Whites only” sign posted on a restroom door and “Heil Hitler” scrawled on a desk. There were also two cases of swastikas appearing restrooms, and an anti-Jewish text message was sent to a student.