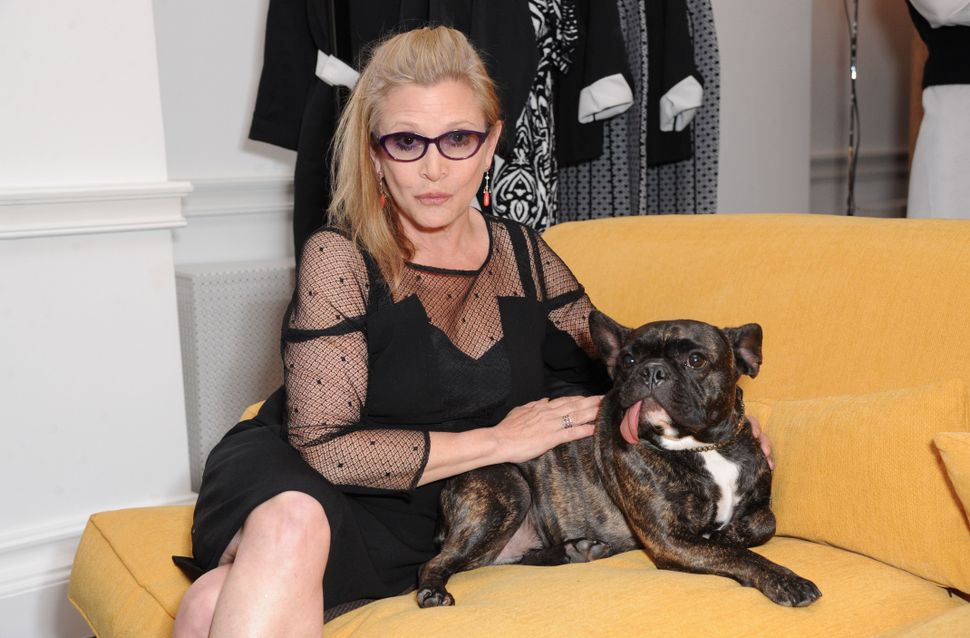 Congratulations to Carrie Fisher, who was nominated for an Emmy on Thursday morning for her final television role before she passed away.

The late actress, who died of a heart attack at the end of 2016, was nominated posthumously for outstanding guest actress in a comedy series for playing Rob Delaney’s mother in “Catastrophe,” an Amazon series.

Sharon Horgan, one of Fisher’s co-stars on “Catastrophe,” tweeted her support after the nomination was announced.

Very happy and sad and proud and messed up and delighted about our friend Carrie Fisher’s nomination @robdelaney @catastrophe_tv https://t.co/BfYHVGjWW8