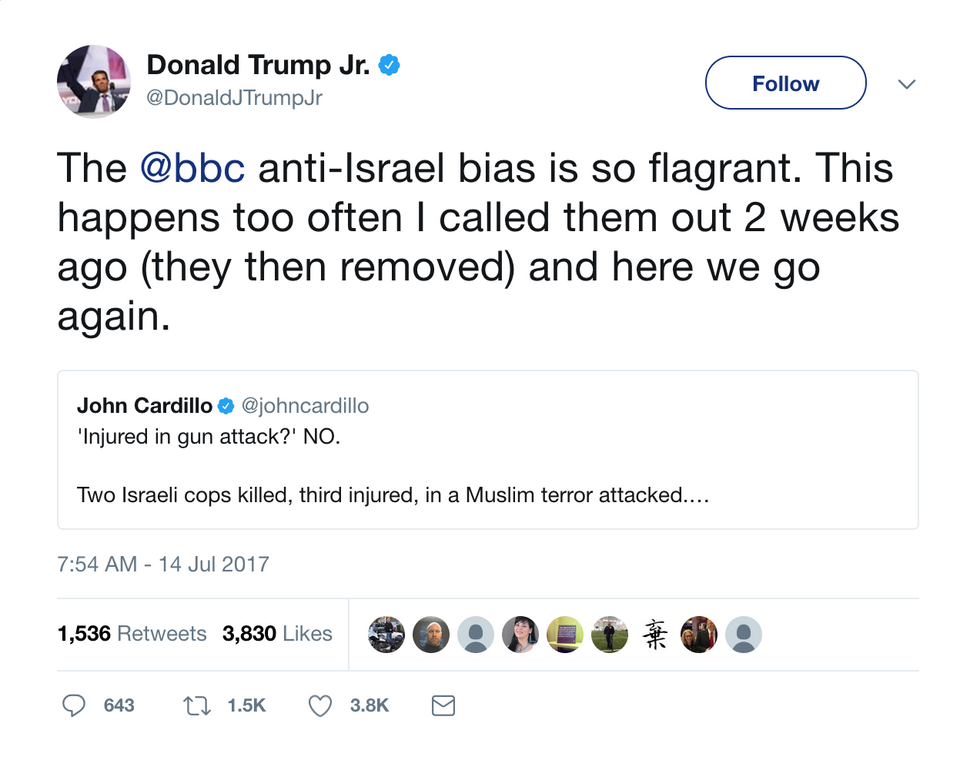 Donald Trump, Jr., took to Twitter Friday morning to criticize the BBC for its coverage of the shooting in Jerusalem that left two policemen dead.

In the attack, which came early Friday morning near the Temple Mount, three Arab-Israelis opened fire on police officers, killing two and wounding one.

“The @bbc anti-Israel bias is so flagrant,” Trump tweeted.

Trump was joined in his criticism of British coverage of the incident by others on Twitter.

Trump’s tweets have come under scrutiny lately after he tweeted out the email chain that led to his meeting with a Russian state prosecutor and a former Soviet counterintelligence officer.