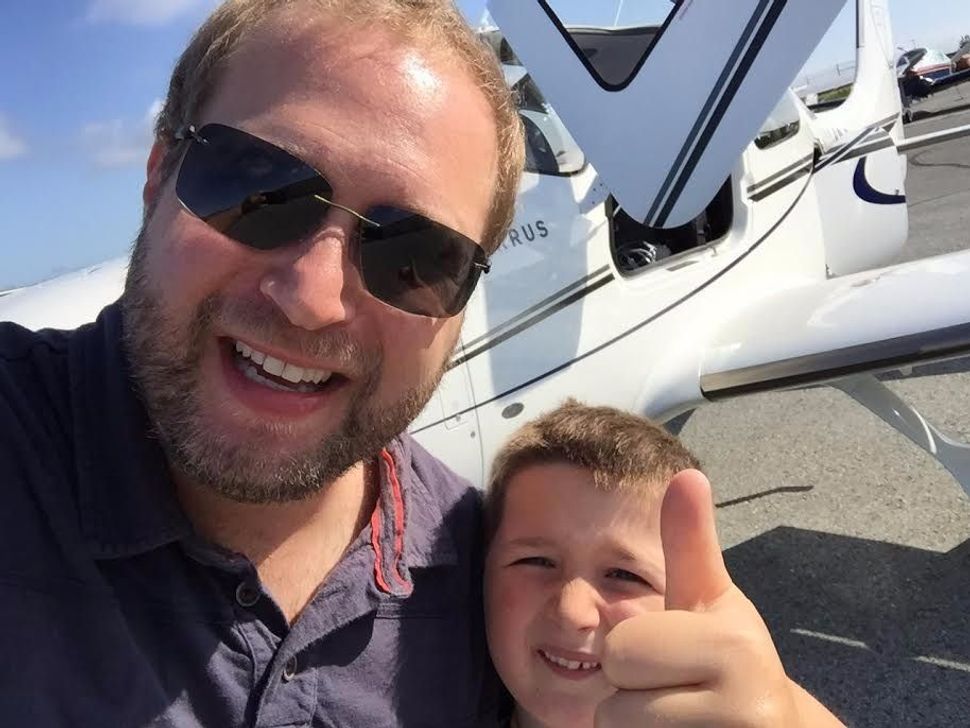 Bill Goldman and his son. Image by International Studies at USF

A “beloved” history professor at the University of San Francisco was killed in a light aircraft crash near San Francisco.

William Sachs Goldman, 38, was piloting a single-engine plane when it crashed ,1000 feet from a regional airport in Sonoma County on Thursday.

Goldman’s two grade school-aged children and their au pair were on the plane, and are reported to be seriously injured.

The cause of the crash was not immediately clear. The plane crashed shortly after taking off.

Goldman, who went by the name Bill, was the grandson of the well-known philanthropists Richard and Rhoda Goldman, founders of the prestigious Goldman Environmental Prize. Goldman was a board member of the New Israel Fund, and a trustee of his grandparent’s foundation, the Richard W. Goldman Family Foundation. Goldman’s wife, Serra Falk Goldman, is a USF trustee.

USF President Paul Fitzgerald called Goldman “an accomplished scholar, a beloved and generous teacher, and a valued member of our community.”