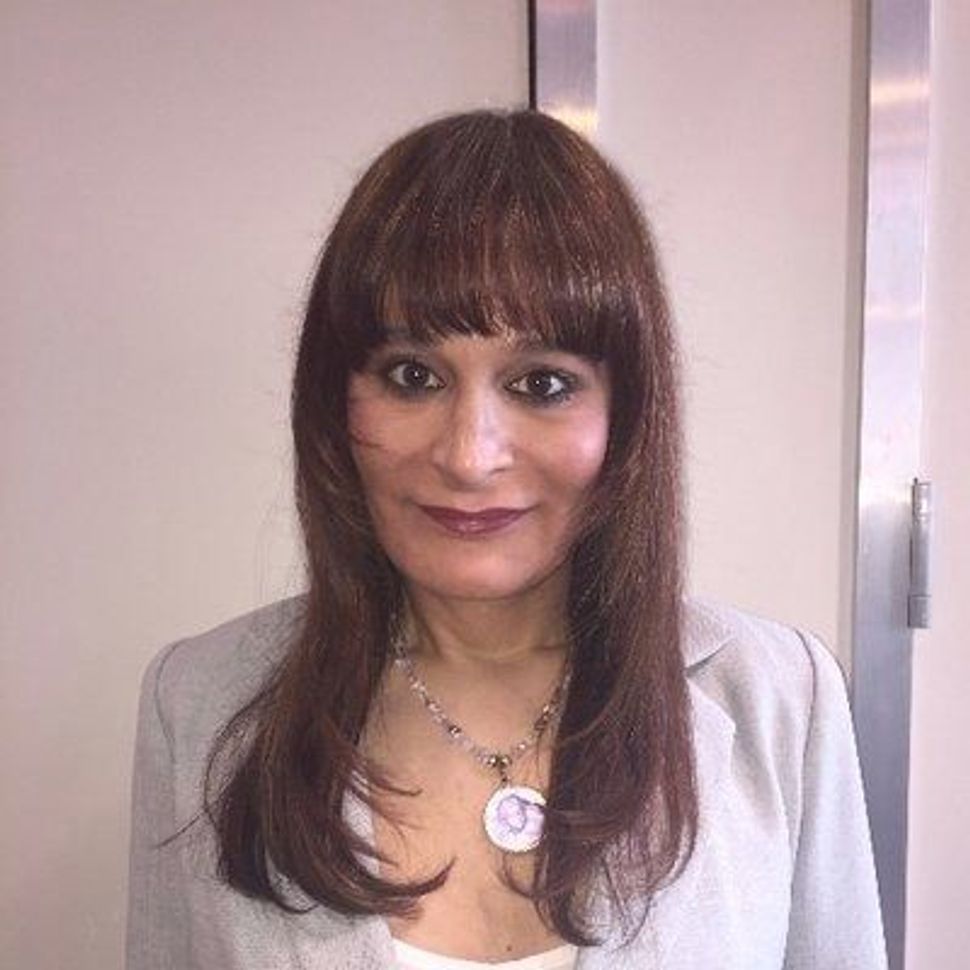 Gretchen R Hammond in an undated photo. Image by Twitter

Gretchen R. Hammond, the Jewish journalist who broke the story of women with rainbow flags bearing Stars of David being asked to leave the Chicago Dyke March, took to Twitter on Monday to suggest that march organizers were responsible for her getting bounced from her reporting job.

After the story ran, Hammond was transferred to a sales gig at the Windy City Times, for reasons that remain unclear.

“You attacked, humiliated and robbed me of a job,” Hammond wrote on Twitter. “No tears. I forgive you. Just hope you learn how destructive and pointless hatred is.”

Her tweet came in response to a tweet from the Chicago Dyke March that appeared to celebrate Hammond being removed from reporting duties.

It is still not clear why Hammond was ousted from her reporting position.

Tracy Baim, the publisher of the gay publication, who is Jewish, told Haaretz: “This has nothing to do with …. political pressure.”

Hammond had told JTA that she could not comment on her new position.