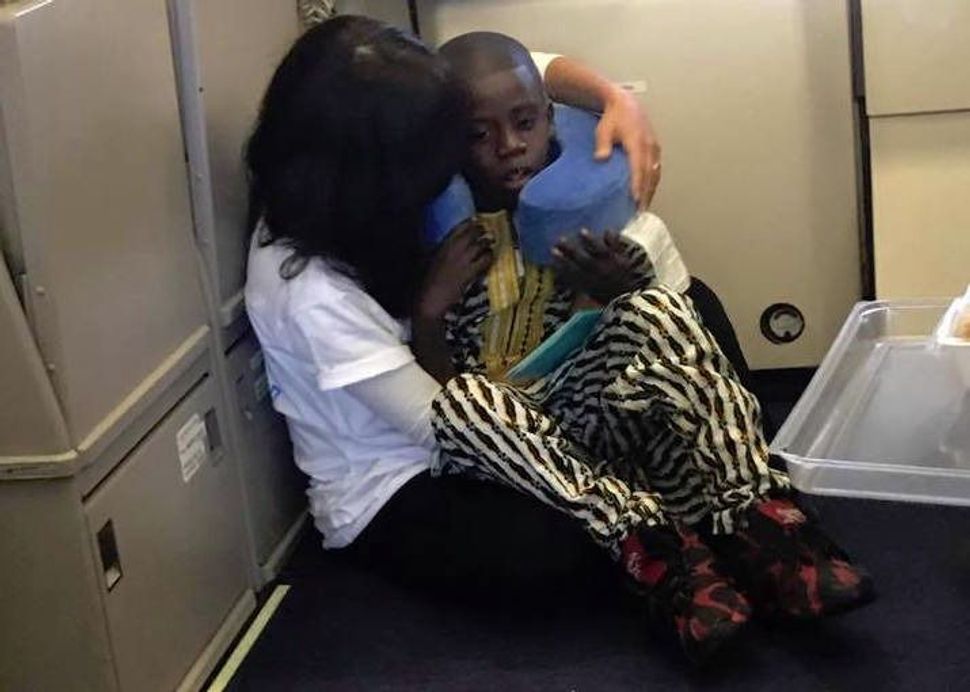 (JTA) — A Hasidic woman comforting a distressed child was captured in heartwarming photos that quickly gained traction on social media. The photos show Chabad emissary Rochel Groner holding and comforting the young boy on a flight from Brussels to New York.

About an hour into the flight on Friday, the young boy started crying and shrieking loudly, and the atmosphere inside the plane started growing tense.

“His cries were heard throughout the plane and you could feel the tension among the other passengers. No one wanted to say anything but it was getting very uncomfortable,” Groner’s husband, Rabbi Bentzion Groner, wrote in a Facebook post, which had amassed close to 4,000 likes as of Monday afternoon. The couple, Chabad emissaries in North Carolina, were traveling back from Israel by way of Belgium after chaperoning a Birthright Israel trip.

Groner approached the young boy and extended her hand. The boy looked to be about 8 years old and was sitting with his mother, who was wearing a traditional Muslim head covering and spoke little English.

“There were tears streaming down his face,” Groner said. Based on the boy’s behavior, Groner, who runs two organizations that help special needs children and youth, surmised that he was autistic.