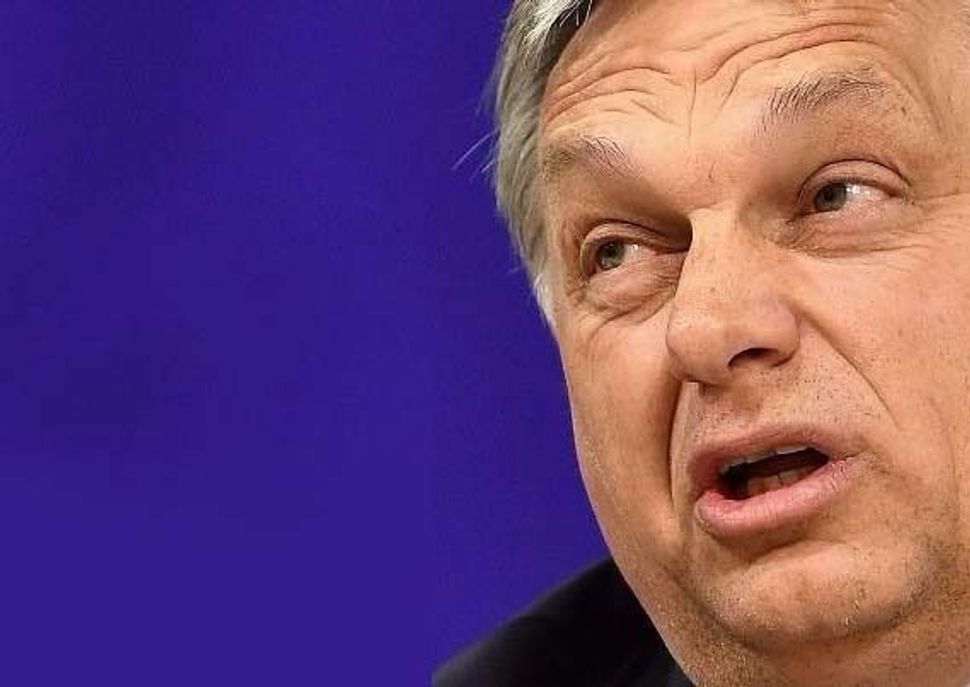 Hungarian Prime Minister Viktor Orban on Tuesday told his Israeli counterpart Benjamin Netanyahu that Hungary may have committed “crimes” against Jews in the 20th century but will never again tolerate anti-Semitism.

Netanyahu said Orban had “reassured” him in unequivocal terms that the Hungarian government stood by the Jewish people, which he called “important words” coming on the back of Orban’s recent remarks that unnerved Jews in Hungary.