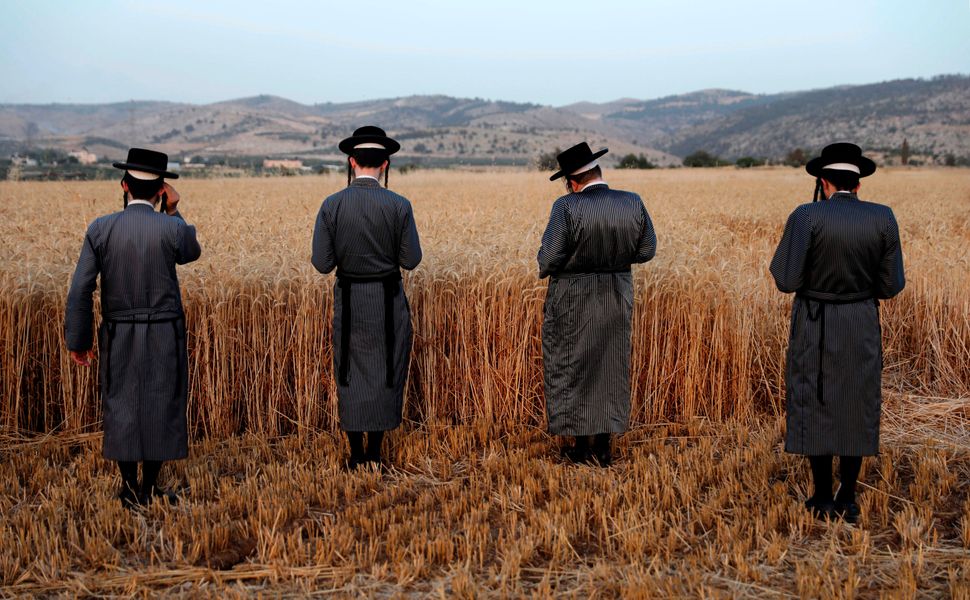 Ultra-Orthodox Jews praying after harvesting wheat at a settlement near Modi’in-Maccabim-Re’ut. Image by Forward Montage, Getty

The growing demand for housing in Israel’s rapidly expanding ultra-Orthodox community has led to a paradox, according to the Times of Israel: the population of the two largest settlements in the West Bank is almost all Hasidic even though they do not have much nationalist zeal.

Ultra-Orthodox Jews were initially opposed to settling the West Bank. But overcrowding in Jerusalem and in Orthodox sections of the Tel Aviv metro area have made settlement an easy choice for many.

“What may have started as a method to solve the housing crisis in Haredi communities has also become an opportunity for them to connect with their heritage by living on land where 80% of the Bible took place,” said Shilo Adler, the Director General of Yesha, an umbrella group of municipal councils in the West Bank.