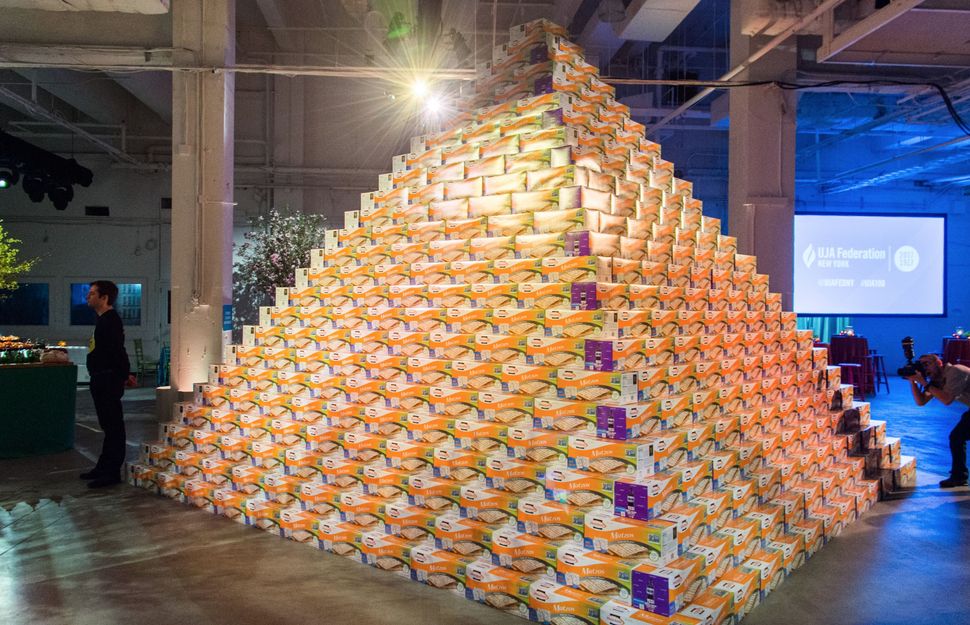 A pyramid of matzah boxes at the UJA-Federation of New York’s 2017 gala in April. Image by Getty

UJA-Federation of New York raised a record $238 million in its centennial year, a $30 million increase over 2016. It is the fifth straight year in a row of fundraising increases at the philanthropy, which was founded in 1917.

“UJA lay leaders and donors have ensured we are prepared to meet the challenges of the next 100 years,” Jeffrey A. Schoenfeld, president of UJA-Federation of New York, said in a statement.

UJA is known for its celebrity-filled luncheons and successful fundraising parties and galas.