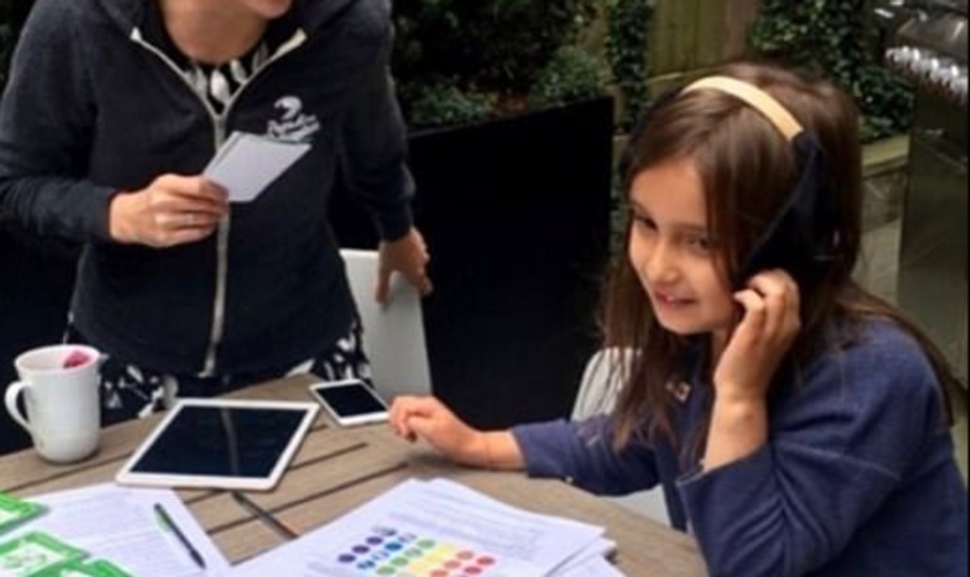 Arabella Trump made a super-cute Oval Office cameo Wednesday when she walked in on her grandfather’s interview with New York Times reporters.

The six-year-old greeted the president with a cool “Hi Grandpa.” — then proceeded to show off her skills in Chinese as her mom Ivanka Trump watched from the doorway.

“Say hello to them in Chinese,” Donald Trump said.

“She’s great,” Trump told the scribes, who were midway through an exclusive interview that mostly focused on his so-far failed health care push. “She speaks fluent Chinese. She’s amazing.

“Honey? Can you say a few words in Chinese?” the president continued. “Say, like, ‘I love you, Grandpa.’”

Arabella, who started learning Mandarin from a nanny as a toddler, wowed visiting Chinese President Xi Jinping in April by singing in the Chinese language and reciting Confucian poetry.