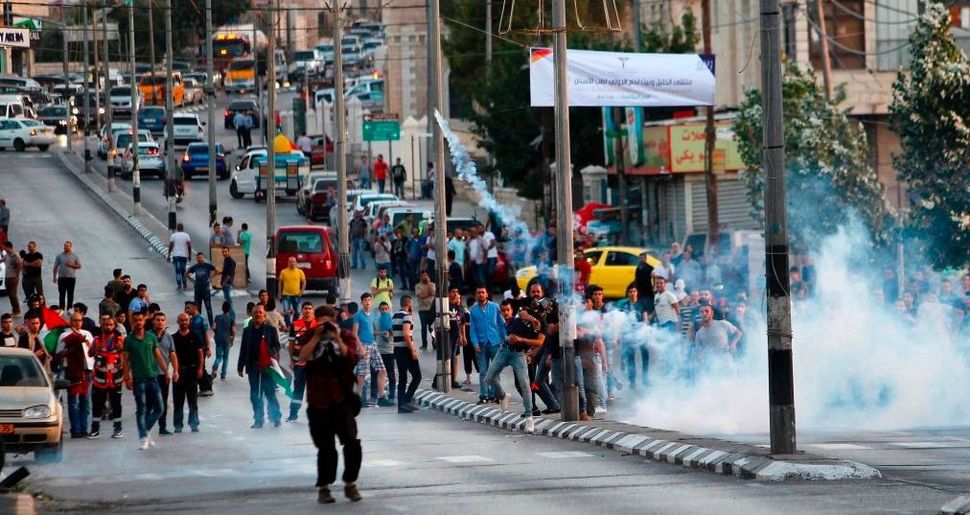 JERUSALEM (JTA) — Palestinians rioted at the site of an attempted stabbing attack by a Palestinian assailant against a group of Israeli soldiers.

The soldiers shot and killed the assailant near the Palestinian village of Teqoa, which is also near the Israeli settlement of Tekoa in the Gush Etzion bloc of the West Bank, according to the Israel Defense Forces.

The attack on Thursday afternoon is the fourth attempted Palestinian attack against an Israeli target in the West Bank in the last two weeks.

The alleged assailant was identified by Palestinian medical and security sources as Muhammad Hussein Ahmad Tnouh, 26, from Teqoa, according to the Palestinian Maan news agency.