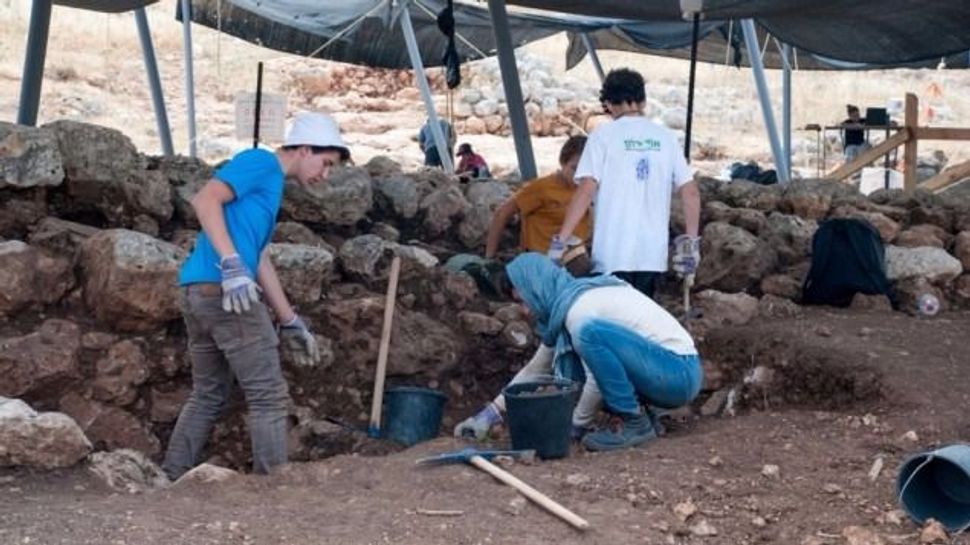 Students participating in the excavation. Image by Gili Stern/IAA

Israeli high school students helped the Israel Antiquities Authority excavate a 2,700-year-old water system, according to the Times of Israel.

The water system, 20 meters long and over 4 meters deep, was likely built after the Neo-Assyrian Empire invasion of Israel in 738 BC. The invasion brought more than just soldiers—it brought agricultural infrastructure, indicating a desire by the Assyrians to develop the land they had captured. On the walls of the water system, students discovered seven engravings of human figures, crosses, and vegetation.

The students spent a week working at the dig as part of the Education Ministry’s new Land of Israel and Archaeology studies program, choosing this track as part of their matriculation assessment.

“It is difficult not to be impressed by the sight of the immense underground reservoir quarried out so many years ago,” said Gilad Itach, director of the excavation for the IAA. “In antiquity, rainwater collection and storage was a fundamental necessity. With an annual rainfall of 500 mm, the region’s winter rains would easily have filled the huge reservoir.”