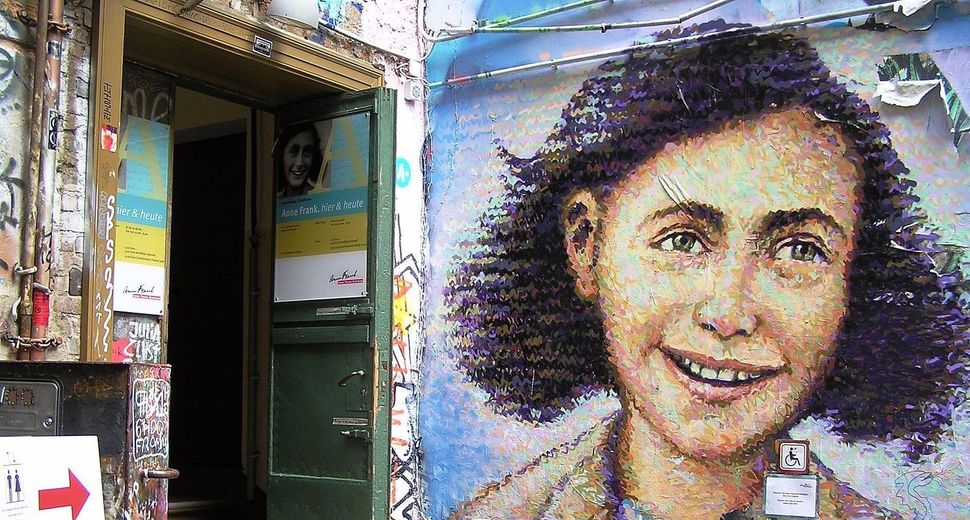 BERLIN (JTA) — The Anne Frank Center in Berlin has distanced itself from the statement of a freelance guide who compared the suffering of Jews under the Nazis to that of Palestinians under Israeli occupation today.

At issue was a profile of Nesreen Hajjaj, a 24-year-old Berliner of Palestinian background, in the July 19 online English version of Al Arabiya. Hajjaj is one of 25 freelance guides who introduces visitors to the exhibition at the Anne Frank Zentrum Berlin.

Hajjaj told the interviewer that “many things that happened to the Jews during the Nazi rule are happening to the Palestinians now. Jewish people were kicked out of their homes and denied an education. Today Palestinian lands and houses are being conquered,” she told the online publication.

She said she had been called an “infidel and a hypocrite” on social media for taking the job with the center.

Her answer to critics: “We must be open-minded toward different people, especially if you live within their societies.”

He said his staff would discuss the issue with Hajjaj and others who bring guests through the exhibit in central Berlin, which deals with the history of Anne Frank and the Holocaust, as well as current anti-Semitism and other forms of discrimination.

Elke Gryglewski, too, recently had to speak with guides at the House of the Wannsee Conference in Berlin, where she is director of education. The memorial is located in the villa where chief Nazis coordinated plans to exterminate European Jewry in 1942.

After one guide compared the United States under President Donald Trump to the Third Reich and another compared certain welfare regulations in Germany today to Nazi discrimination against Jews, Gryglewski told her staff: “I don’t want comparisons in the exhibition, whether with Palestine, which is highly controversial, but also in general. Comparisons are not helpful and in general people don’t get the point.”

“But if [the comparison] comes from visitors, we do have to react by going into the differences,” she stressed. Even if there are some “structural similarities” between historical events, “in general there are more differences.”