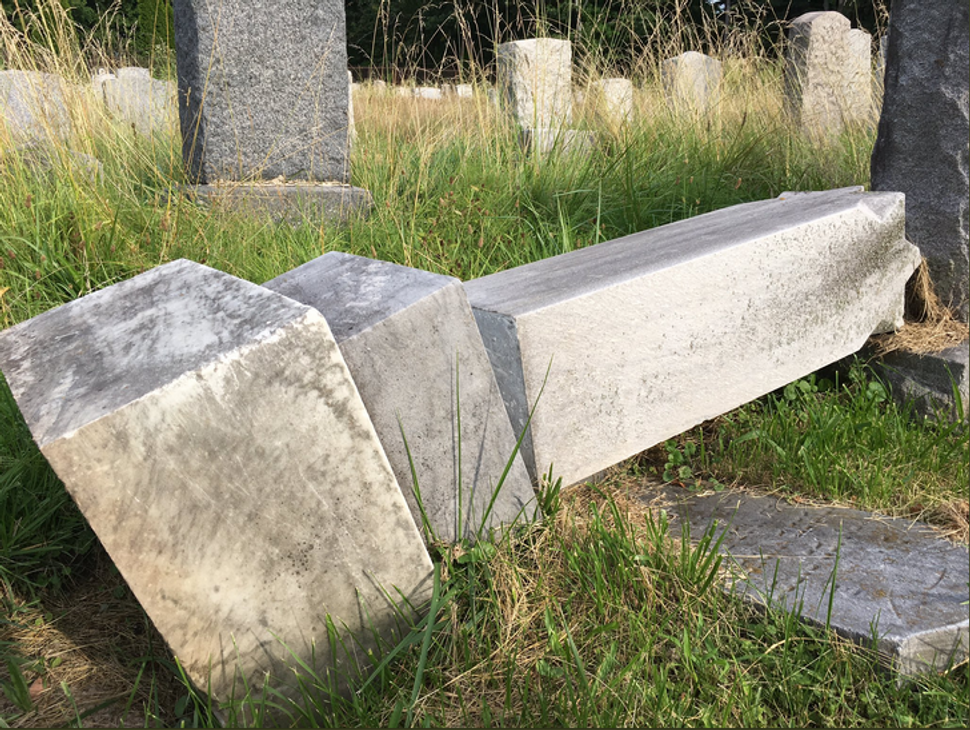 Around 60 headstones were toppled at the Ateres Knesseth Israel Cemetery in Hartford, Conn., causing more than $10,000 in damages. Image by Twitter

(JTA) — Some 60 headstones were toppled in a Jewish cemetery in Hartford, Conn.

The damage at the Ateres Knesseth Israel Cemetery was discovered on Friday, when a relative of someone buried there visited the gravesite.

The woman who made the discovery told police that when she visited the cemetery on Monday, five days earlier, she had not seen any such damage, according to reports.

Most of the 60 gravestones reportedly can be reset on their bases, but at least two were shattered.

Hartford Police told the Hartford Courant newspaper that there is no evidence that the vandalism is a hate crime since no anti-Semitic graffiti was found at the scene. There were no security cameras in place at the cemetery.

“It appears to be a random desecration, a cowardly act of vandalism,” Howard Sovronsky, head of the Greater Hartford Jewish Federation, told the Courant.

Earlier this year, dozens of headstones were pushed over and vandalized at cemeteries in Philadelphia and St. Louis, among others.