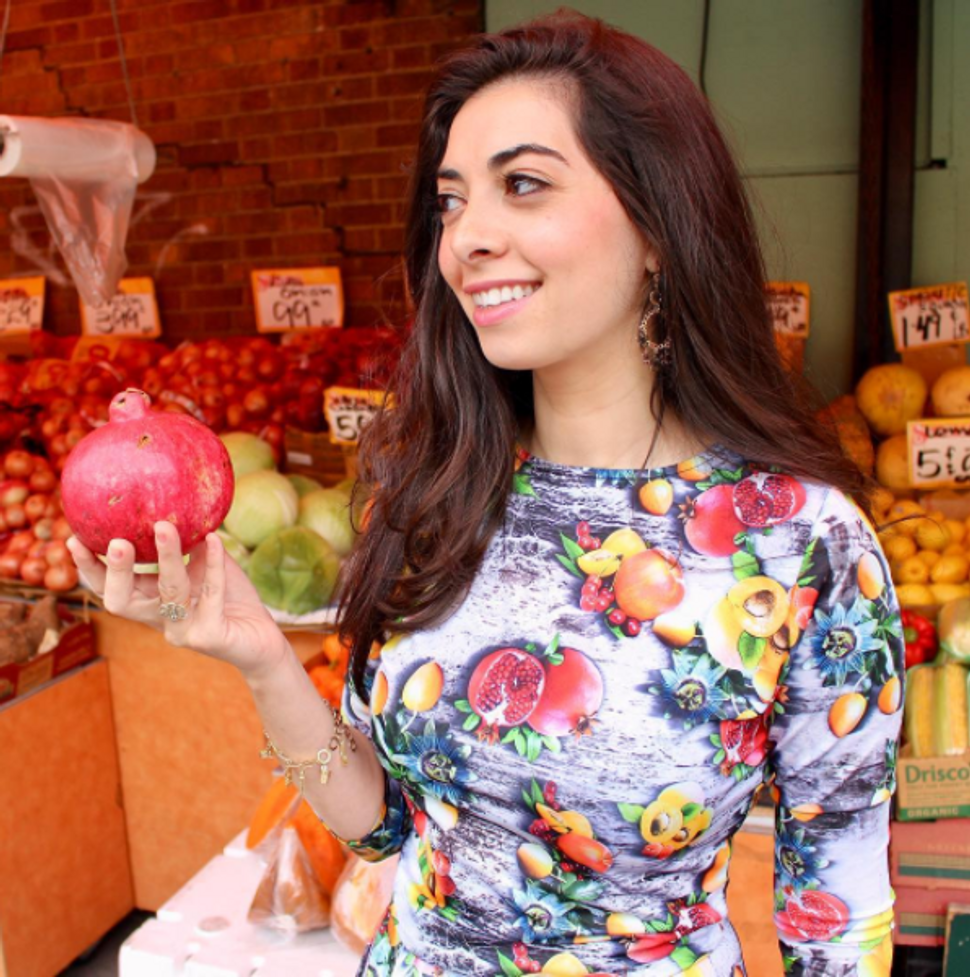 “Flatbush Girl,” aka Adina Miles, was criticized for her use of an emoji in a newspaper ad. Image by Instagram, briskets_and_blunts/Instagram

The Flatbush Jewish Journal initially refused to run Miles’s full-page ad, which featured a photo of her in a group with Councilman Chaim Deutsch, because it featured her unblurred face.

So Miles altered the ad to make it fit to print: she changed out the word “girl” for “boy,” and she placed a laughing-crying emoji over her face.

Since Miles altered the ad, she took to Instagram to promote #FrumWomenHaveFaces and to advocate for newspapers to print photos of women from the neck up — but some in the Orthodox community disagreed with her.

“They’re basically saying if you can’t swallow this part where you have to be whitewashed and erased from the publication, then you’re in the wrong community,” Miles told Jewish Week. “It’s very hard to have to reassess the community you feel you belong to.”

Miles also told Jewish Week that some angry parents have called administrators at her children’s school, complaining that they should not attend anymore.

Her advocacy did receive some support from the Orthodox community. Sharon Weiss-Greenberg, the executive director of Jewish Orthodox Feminist Alliance, called the ban “very extreme” and “harmful.”

“This is the Orthodoxy I identify with,” Miles told Jewish Week. “I still want to stay here and fight and represent the charge.”