Embassy Guard ‘Happy’ To Be Back In Israel After Jordan Shooting 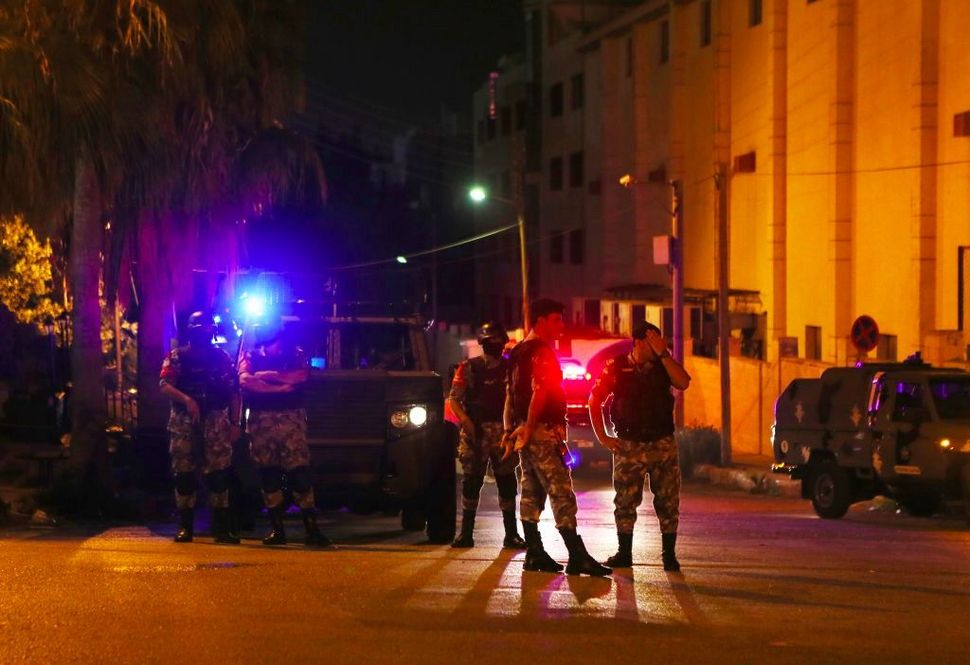 JERUSALEM (JTA) — The security guard who killed his Jordanian assailant and a bystander after being stabbed in the chest said “a weight has been lifted from my heart” after returning to Israel.

“Thank you from my heart. I am happy to be here. Einat and I felt that people were standing behind us and were making every effort, we felt this and I am glad that we are here,” he told Netanyahu.

In the attack Sunday, the assailant entered a residential building occupied by the embassy to install furniture and stabbed the Israeli guard with a screwdriver. The guard shot and killed the assailant. The building’s owner, who was standing nearby, was killed after being hit by a stray bullet.

Jordan’s Public Security Directorate late on Monday announced that its investigation determined that the Jordanian assailant, 17, had attacked the Israeli guard, though it claimed there first had been argument between the teen and the guard, over a delay in delivering the furniture.

The father of the slain Jordanian teen said that his son was not a member of any political group. He also publicly asserted that he had sold the furniture to a Jordanian national, in order to distance himself from charges that he was “normalizing ties” with Israel, The Jordan Times reported.

Jordanian police had demanded to question the guard, while relatives of the stabber called for the death penalty. The embassy refused to turn the guard over to the Jordanians for questioning, saying he had immunity.

Embassy Guard ‘Happy’ To Be Back In Israel After Jordan Shooting