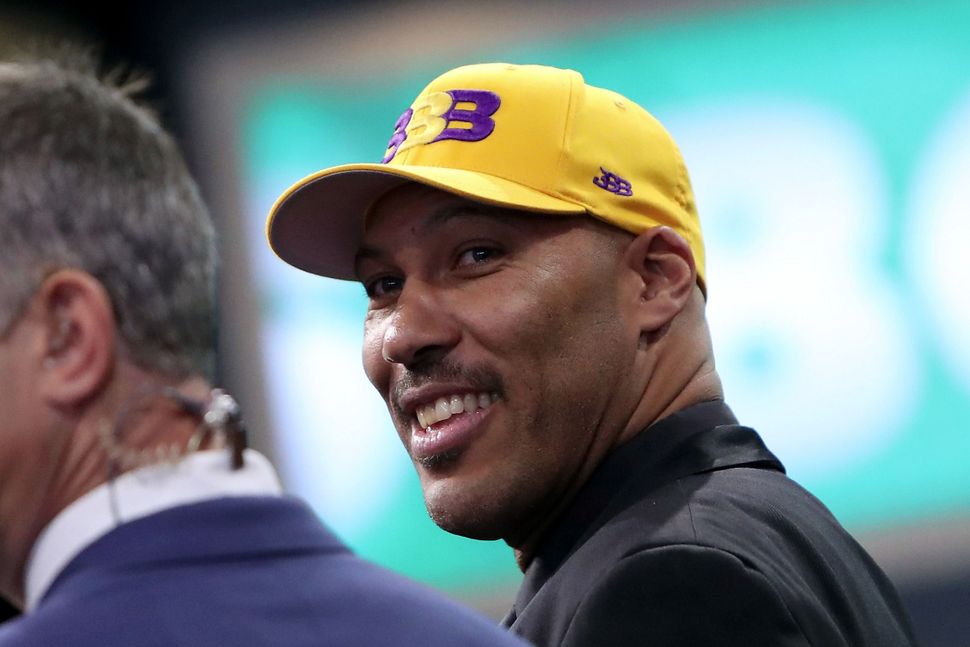 At a recent autograph signing, the Ball patriarch broke out into a huge grin when a Jewish fan in a kippah asked if he wanted to “switch caps.”

“I used to have one of those,” Ball told the room. “My girl back in high school, she was Jewish. When she gave me this, I was like, ‘where’s the rest of it?’”

The outspoken father of Los Angeles Lakers rookie Lonzo Ball also took the opportunity to show off his knowledge of the Jewish people.

‘L’chaim!’ he said while posing for the photo, before adding, “I love Hanukkah, eight days.”