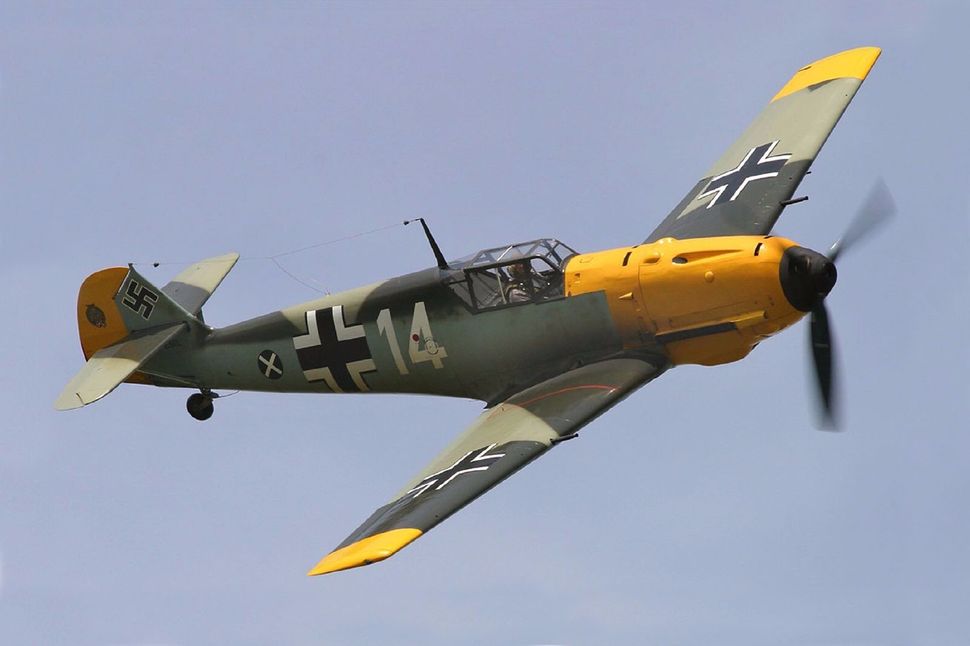 A small plane painted like the Nazi-era Messerschmitt BF 109 landed on a highway just north of Atlanta, according to the Times of Israel.

The plane, complete with a swastika on the tail, was being flown by stunt pilot Fred Meyer, who told local news that the plane was painted like that because it “is used for stunts at air shows.”

After experiencing engine failure, Meyer found a safe place to land, and no injuries were reported.

The aircraft (w/ WWII-era markings) is on a trailer being escorted back to Briscoe Field. pic.twitter.com/c5p4jW6d4u