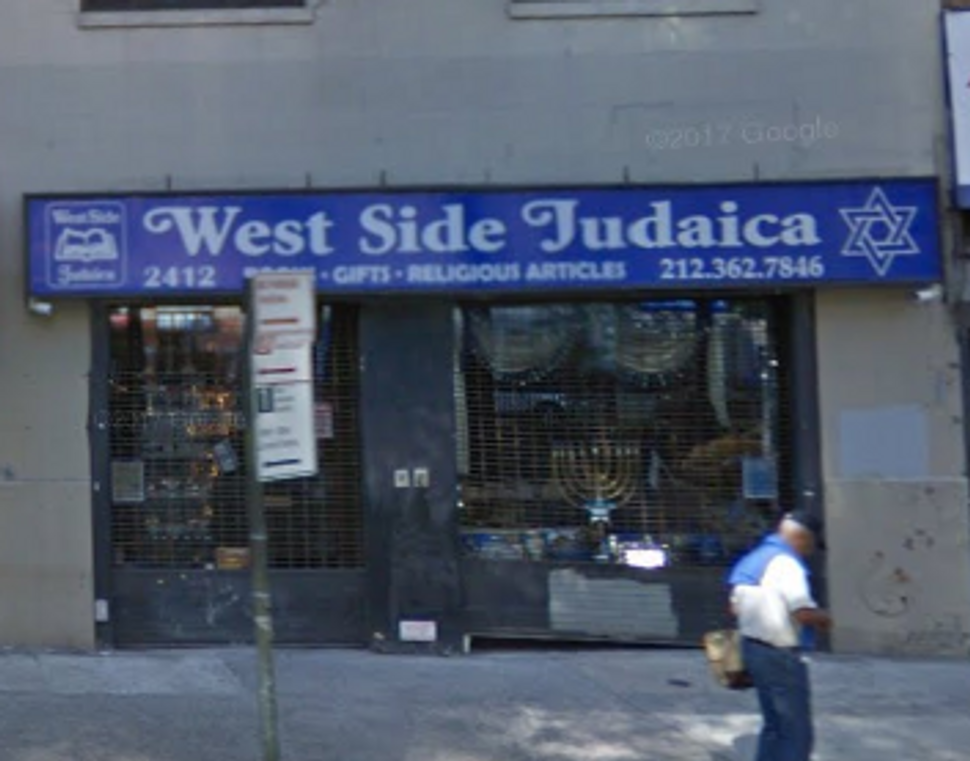 A much-beloved 83-year-old Manhattan Judaica store is set to close down in the near future, with the owner citing the high rent and the effect of Internet book sales as his reasons.

“I can’t afford the rent and the Internet,” owner Yaakov Saltzer told the West Side Rag. His store, which he bought in the ‘80’s and first opened in 1934, is located between 88th and 89th Streets on Broadway on New York’s Upper West Side, the city’s Jewish mecca.

The store sells candles and yarmulkes, and Saltzer’s shop is staffed by many in his extended family. He told the West Side Rag in 2014 that the shop was endangered and that he was “just staying afloat.”