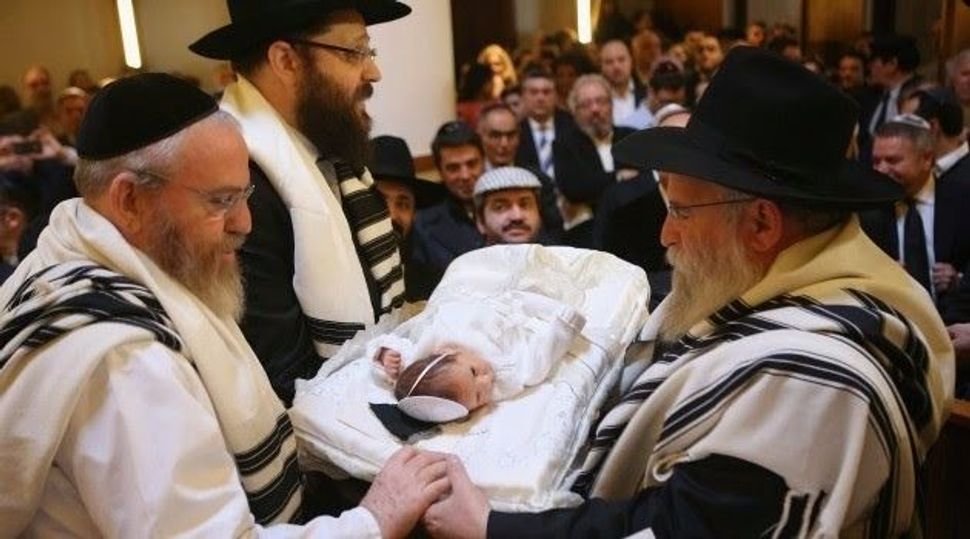 Some Jewish parents are cutting out one of Judaism’s oldest traditions: the bris. The bris — the ritual circumcision of Jewish boys at eight days old — goes back to the story of Abraham, who circumcised himself and his firstborn son. But some modern Jewish parents are foregoing the ceremony.

“Right now, there is a ‘don’t ask/don’t tell’ policy within much of institutional Judaism when it comes to parents skipping circumcision,” Rebecca Wald told the New York Times. Wald is the founder of Beyond the Bris, an online community for parents who are questioning circumcision.

While Jews of all denominations have bris ceremonies as a way to establish their son’s connection to the Jewish people, some parents worry that it is a traumatic experience for a newborn infant.

“I knew that I wanted to raise my child Jewish and in a Jewish home. And yet I’m also a feminist and activist, and believe very strongly in the right to your own body,” said Dana Edell.

She wound up giving her son a “gentle bris” with ritual objects — and no blood in sight.