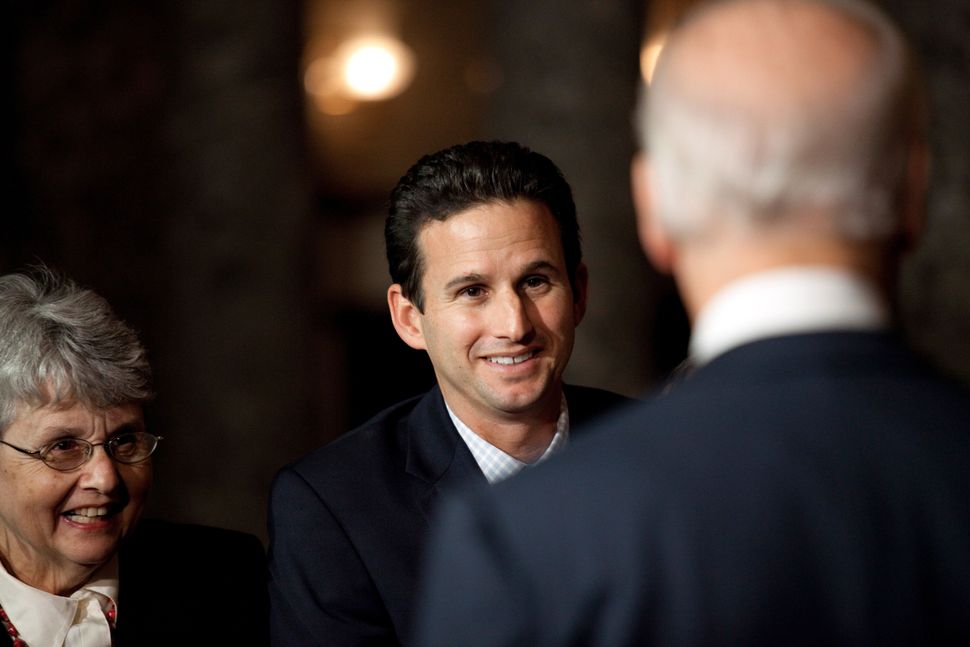 “The skinny bill is garbage in its own right. And the only reason people aren’t fully aware of it is because they just sprung it on us. It will trash the individual market…. They can survive a news cycle. But they will own whatever law is enacted.”

But Schatz isn’t the only Jew taking a hard line on the American Health Care Act.

Rep. Jacky Rosen, a Democrat, is expected to run against Nevada senator Dean Heller in next fall’s general election — and she is already blasting him for his stand on the health care fight.

Heller, a Republican, has stated his opposition to any bill that would slash Medicaid. But he failed to kill the GOP push that could end up with that result.

What @DeanHeller is endorsing would be a disaster: millions more uninsured, a spike in premiums & an exodus of insurers from the market. https://t.co/kJg3cEgQkP