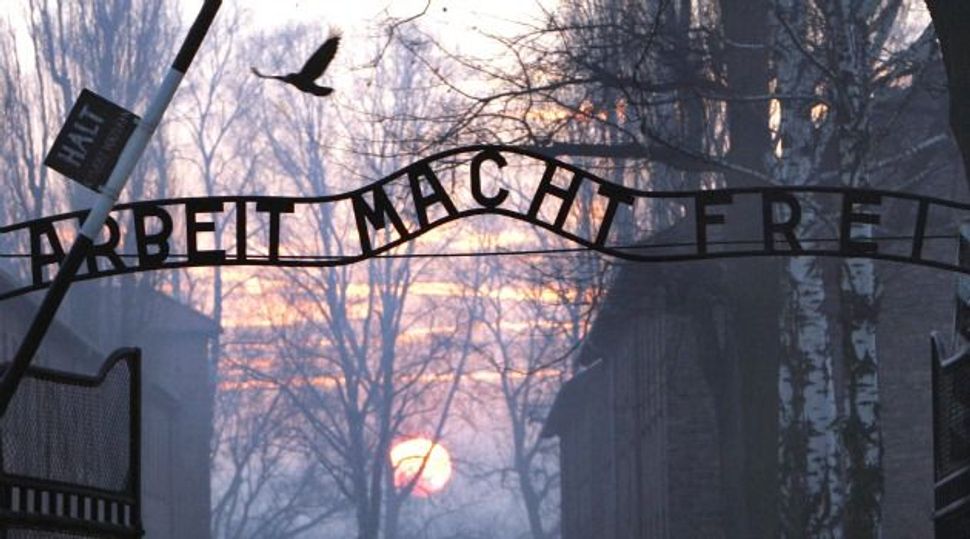 A traveling exhibit will bring Auschwitz artifacts to people around the world. Image by getty images

The first traveling Auschwitz exhibit will bring artifacts to people around North America and Europe in an attempt to make Holocaust education more accessible, according to The New York Times reported Wednesday.

The exhibit has been in the works for seven years. It may charge a small entrance fee but will be free for students, according to the Times.

Luis Ferreiro, the director of the Spanish company that organized the exhibit along with the Auschwitz-Birkenau State Museum, told the Times that the exhibition has already cost $1.5 million, and he’s unsure if it “will even be sustainable.”

Rabbi Marvin Hier of the Simon Wiesenthal Center told the Times that artifacts must travel the world so people will not forget the Holocaust.

“We’re in the period of the last remnants, last decades, where personal survivors or witnesses, who can describe the events, are living on this planet,” he said. “We will soon have no survivors.”