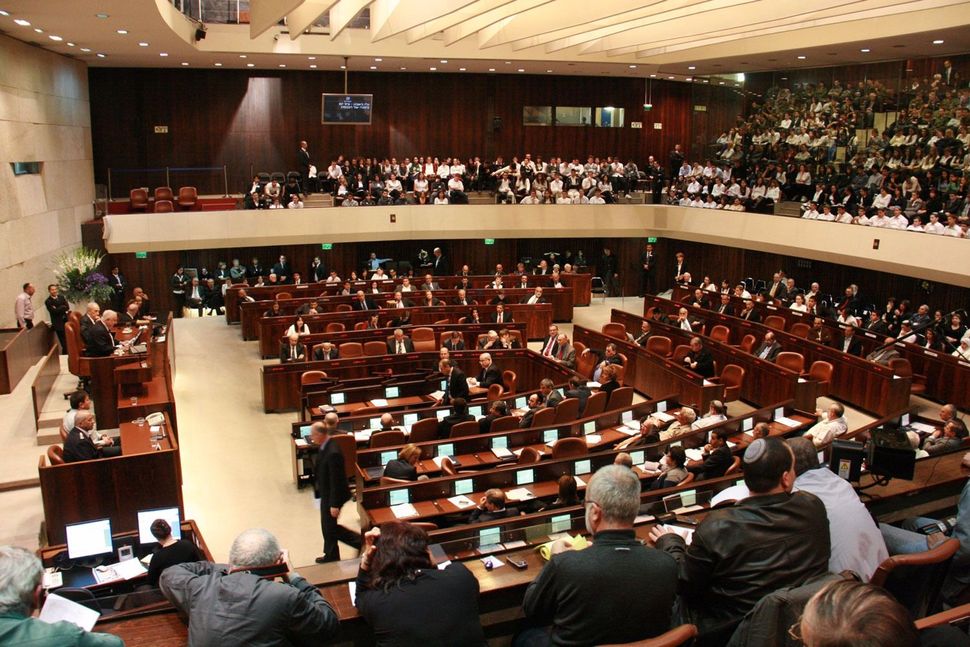 The interior of the Knesset. Image by PikiWiki

JERUSALEM (Reuters) – Israel’s parliament on Wednesday passed the first of three votes needed to enact legislation that would set an extra-high threshold for any future vote on ceding parts of Jerusalem to the Palestinians.

The proposed amendment to the Jerusalem Basic Law – defining the city’s legal status – could pass into law later this year.

It states that at least 80 of the Knesset’s 120 lawmakers would have to vote in favor of any proposal to hand over parts of the city to “a foreign party.”

The status of Jerusalem is seen as one of the main stumbling blocks in U.S.-led efforts to resume Israeli-Palestinian peace talks that have been frozen since 2014.

Israel declared the city its “eternal and indivisible capital” after capturing majority-Arab East Jerusalem in the 1967 Middle East war and annexing it, a status that is not recognized internationally.

Israel has expanded the city’s boundaries and built urban settlements for tens of thousands of citizens, interspersed among Palestinian neighborhoods.

The Palestinians want East Jerusalem as the capital of an independent state, together with the Israeli-occupied West Bank and the Gaza Strip.