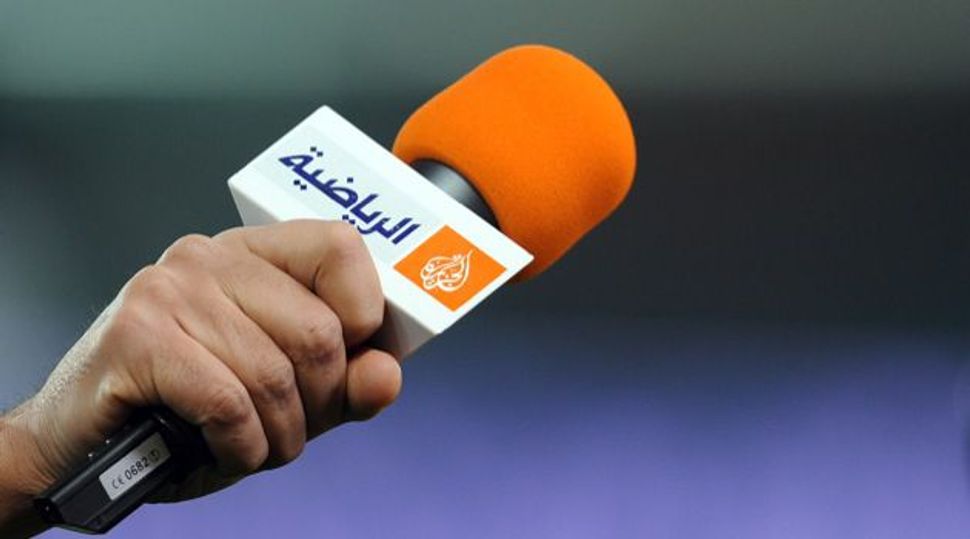 WASHINGTON (JTA) — Israeli Prime Minister Benjamin Netanyahu said he would seek to pass a law to shut down the Jerusalem bureau of Al Jazeera if law enforcement will not do so after his multiple requests.

“The Al Jazeera network does not stop inciting to violence on the Temple Mount issue,” Netanyahu posted Wednesday in Hebrew on his Facebook page, referring to the Qatar-based network’s coverage of recent unrest surrounding the Jerusalem site, the holiest in Judaism and the third holiest in Islam.

“I have on multiple occasions demanded that law enforcement shut down the Al Jazeera bureau in Jerusalem,” he said. “If this can’t be done because of legalisms, I will work to pass the required laws to expel Al Jazeera from Israel.”

It’s not clear what incitement specifically Netanyahu is referring to. Al Jazeera’s coverage of Israel has been irksome to Israel, but the nation’s officials have also appreciated it as a vehicle open to relaying the Israeli point of view to the Arab world.

Saudi Arabia in recent weeks has led a bid to isolate Qatar, a small Gulf state that often strikes out a foreign policy independent of Saudi Arabia and other Gulf states. One of the Saudi demands has been the shutdown of Al Jazeera.