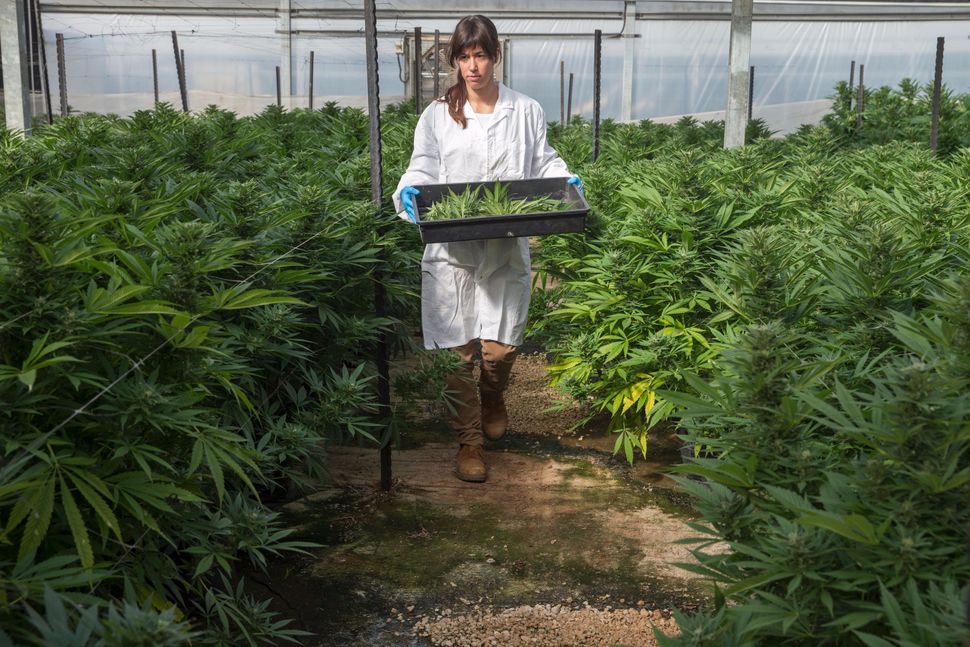 A botanist at the second largest medical marijuana greenhouse in Israel, near Caesarea. Image by Getty

After Jews, Muslims and Christians, Jerusalem is now a holy site for one more group: marijuana scientists.

“Jerusalem holds a special place in the history of the science of cannabis and the endocannabinoids,” Dr. Cecilia Hillard, the executive director of the ICRS, said in a statement. Hillard noted that Hebrew University’s Dr. Raphael Mechoulam was the first to discover the chemical structure of marijuana’s famed active ingredient, THC.

Dr. Mechoulam, who has been with Hebrew University for over four decades, is widely regarded as the “father of cannabinoid research,” and will direct the upcoming symposium.

Israel, which bans recreational marijuana use but encourages medical consumption of the plant, is now considering exporting its greenhouse-grown, medical-grade herb.