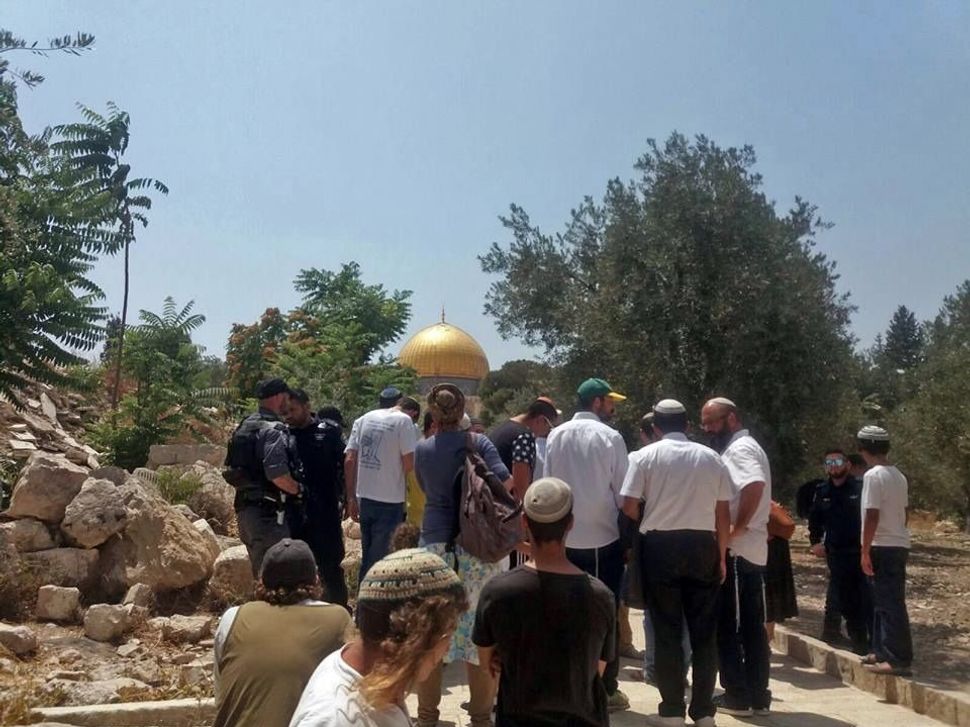 Members of the a movement advocating for greater Jewish access to the Temple Mount in Jerusalem are upset about the removal of metal detectors outside entrances and the return of Muslim oversight to the complex — viewing the move as a betrayal on the part of Israeli leaders.

“Bibi doesn’t have the heart to place the Temple Mount at the top of our national identity and ethos, but we do!” the Temple Institute wrote on Facebook, using a common nickname for Prime Minister Benjamin Netanyahu. The Temple Institute is a prominent organization in what is known as the Temple Mount movement, which is made up of Jews who advocate for greater Jewish access and prayer at the site. The institute advocates for the rebuilding of the Temple and the “clearing” of the Muslim houses of worship from the site.

Jews are prohibited by law from praying on the Temple Mount, known to Muslims as Haram ash-Sharif, and the Israeli security establishment believes that any change in that status quo could cause a major rift with the Palestinians.

But amidst recent tensions, members of this movement have capitalized on the absence of Muslim oversight by visiting the Mount in larger numbers, writing on Facebook: “Ascend the Temple Mount today! Join the quiet revolution!”