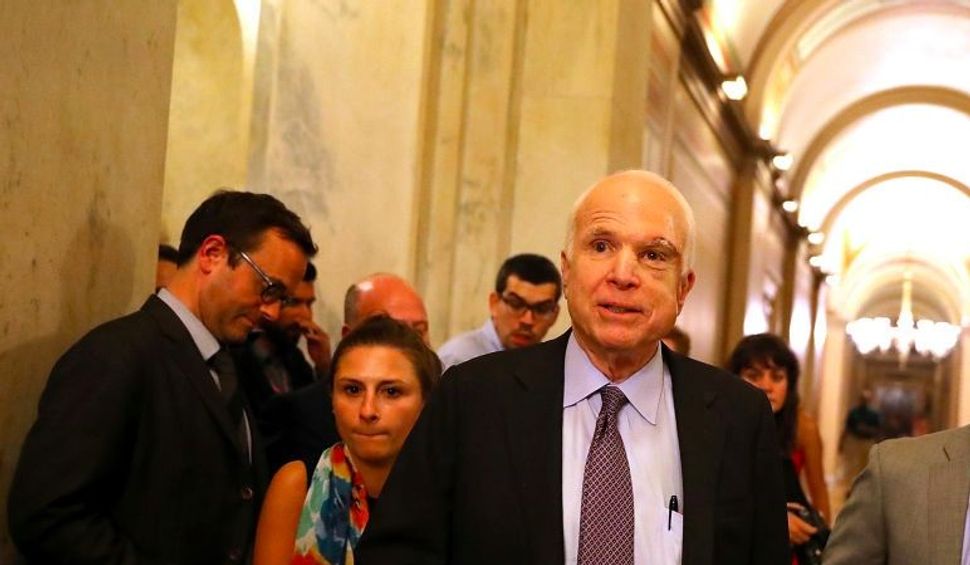 He sealed it with a hug just after midnight.

Sen. John McCain signalled the defeat of the Republican effort to pass a “skinny repeal” of Obamacare with a hug for Democratic matriarch Diane Feinstein in the Senate chamber.

In a moment of high Washington drama, the crusty Arizona lawmaker strode across the aisle and greeted Democratic leader Chuck Schumer and Feinstein after rejecting a final telephone plea from President Trump to pass the measure and keep alive the quixotic GOP effort to kill the health care bill.

They laughed as McCain said that the reporters in the balcony could probably read his lips. Feinstein embraced him.

When McCain walked to the front of the Senate chamber to cast his deciding “no” vote, giving a thumbs down, Democrats cheered, knowing the bill would fail.

It signals the failure of the repeal effort for now. But Republican leaders have revived the effort before, most notably in the House of Representatives where it was considered dead until a tweaked version squeezed through by a two-vote margin.

McCain himself raced back to Capitol Hill after being diagnosed with a life-threatening brain tumor. If he resigns or dies in office, Republicans would replace him, potentially leaving open another path to passing the repeal.