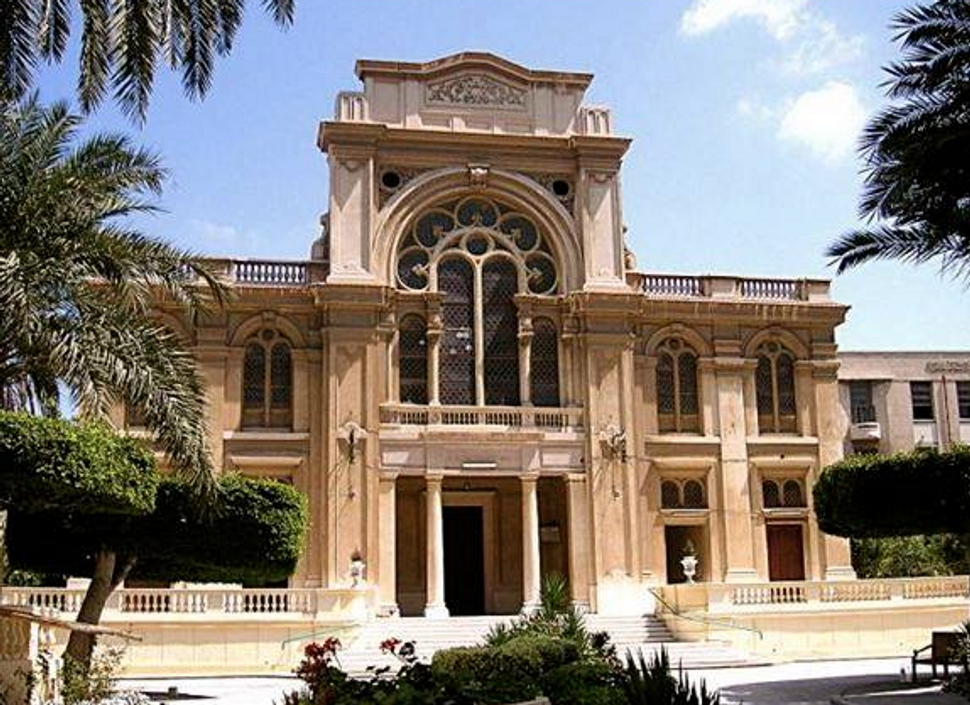 Egypt is planning to shell out $2 million for the renovation of a synagogue in Alexandria that attests to a Jewish presence in the country that has endured for millennia.

“We are experiencing a renaissance,” Samy Ibrahim, a member of the Cairo Jewish community, told the Religious News Service. “The government is elevating the profile of the heritage of Egyptian Jews.”

Renovating the Eli Synagogue will be covered by the government. There are only a few dozen Jews left in Egypt, but there used to be tens of thousands, prior to post-war pogroms that sent most fleeing for Israel, the United States and France.

The Jewish presence in Egypt dates historically to antiquity, with Jews in Hellenic times taking up residence in Alexandria, producing intellectuals like the ancient philosopher Philo.

Constructed in Italianate style, the Eli Synagogue was built in 1860, on the site of a former Jewish house of worship. It lies in the area that used to be the center of the city’s vibrant Jewish life.